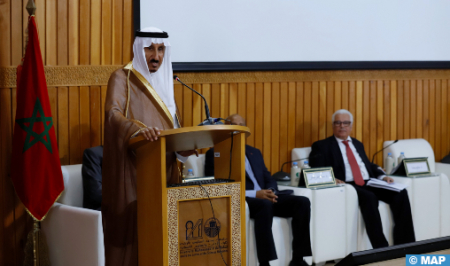 “The Moroccan-Saudi relations between yesterday and today” is the title of a meeting organized, Wednesday in Rabat, to highlight the richness and density of ties uniting the two kingdoms and their contribution to meeting the challenges facing the Muslim world in the current context. Participants in this two-day conference, organized under the High Patronage of HM King Mohammed VI, by Archives du Maroc, in partnership with the King Abdelaziz Foundation for Research and Archives in Riyadh, stressed that the two countries have played and still play a pioneering role in meeting the challenges facing the Muslim world, in the context of political and economic changes that the world is experiencing. Archives du Maroc Director Jamaâ Baida stressed that this meeting, which is an opportunity to reaffirm the depth of fraternal and spiritual relations existing between the two countries, coincides with the first anniversary of the signing of the memorandum of cooperation between the two institutions. This cooperation includes the sharing of expertise in the field of preservation of archives and manuscripts, the exchange of digitized copies of historical sources of interest to both parties, the implementation of cultural and scientific activities on topics of common interest and the organization of a seminar and an exhibition on the exceptional relationship between the two kingdoms, which are two essential pillars of stability in the Muslim world.