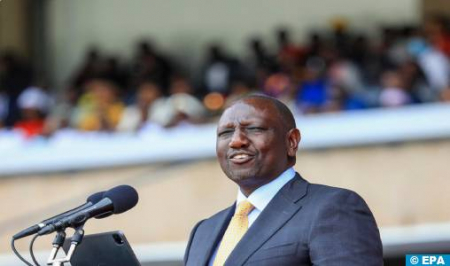 Polish state TV channel TVP echoed, Thursday, the decision of the President of the Republic of Kenya, William Ruto, to rescind the recognition of the so-called “SADR”. A few hours after he took office, President William Ruto announced the withdrawal of the recognition of the so-called ‘SADR,’ notes the television. The Kenyan President took his decision “in deference to the principle of territorial integrity and non-interference,” adding that the Republic of Kenya extends total support to the serious and credible autonomy plan proposed by the Kingdom, as the unique solution based on Morocco’s territorial integrity.” Kenya’s decision to withdraw its recognition of the puppet entity, following a congratulatory message from His Majesty King Mohammed VI, comes at a time when European countries such as Germany, the Netherlands and Spain are supporting Morocco’s autonomy proposal under the Kingdom’s sovereignty, TVP said. Morocco and Kenya are opening a new era for the strengthening of their cooperation in all areas, it added. By rescinding the recognition of the so-called ‘SADR’, Kenya, one of the largest economies in East Africa, further reduces the number of supporters of the phantom republic both in Africa and internationally, the media pointed out.