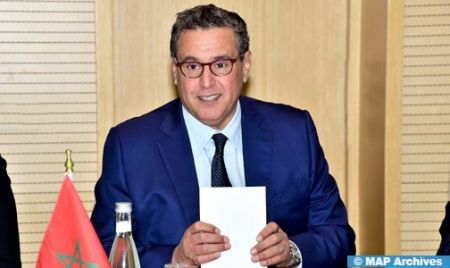 On the high instructions of His Majesty King Mohammed VI, the Head of Government, Aziz Akhannouch chairs the Moroccan delegation to the 77th session of the United Nations General Assembly being held in New York. Akhannouch is accompanied at this session by Minister of Foreign Affairs, African Cooperation and Moroccans Abroad, Nasser Bourita. Placed under the theme “A watershed moment: transformative solutions to interlocking challenges”, the 77th General Assembly of the United Nations, held from 13 to 27 September, will be marked this Tuesday by the opening of the high-level segment that will bring together Heads of State and Government as well as several other officials.