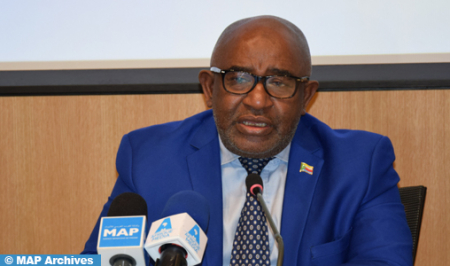 The President of the Union of Comoros, Azali Assoumani, reiterated, Thursday before the United Nations General Assembly in New York, “the unwavering support” of his country for the Moroccanness of the Sahara. “With regard to the Moroccan Sahara, I would like to reiterate here the unwavering support of the Union of Comoros for the Moroccannees of the Sahara,” said the Head of State in his speech before the 77th session of the UN General Assembly. The autonomy initiative for the Sahara region as part of the sovereignty of Morocco is “the best basis to bring about rapid, pragmatic and lasting solution to this regional conflict that has lasted for far too long,” Assoumani said. The Comoran president also said that his country’s  government “strongly encourages dialogue” between Morocco and Algeria, and “welcomes all initiatives that could help to ensure peace in this region, particularly the re-launch of the political process on the basis of UN Security Council resolutions.” The high-level segment of the 77th session of the UN General Assembly opened Tuesday in New York, with the participation of heads of state, government and delegations of the 193 UN member states.