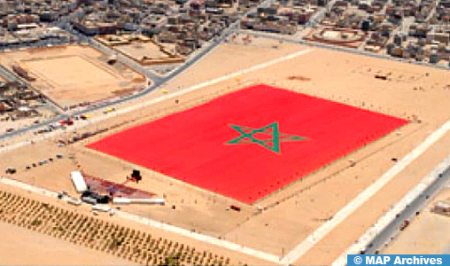 The autonomy plan presented by Morocco in 2007 is a “commitment initiative” that is consistent with international legality, the UN Charter and the resolutions of the General Assembly and the Security Council, stressed in New York Mexican experts. “Autonomy is the most modern expression of self-determination,” said Juan Gutiérrez Baylón, professor of international law at the National Autonomous University of Mexico, before the members of the 4th Committee of the UN General Assembly. He explained that the Moroccan plan allows to respect the sacred principle of territorial integrity and national unity of States, recalling that since 1945, 70 territorial conflicts have been resolved by political solutions based on autonomy. Stressing that “there is no rule of public international law that imposes on States the obligation to amputate their territory to create a new subject of international law,” the Mexican expert said that the Moroccan autonomy initiative provides a legal and constitutional framework through which the Sahrawi population democratically manages its local affairs in the areas of economy, budget, taxation, infrastructure, social affairs, culture and environment. For his part, Pedro Diaz de la Vega Garcia, also a professor of public policy at the National Autonomous University of Mexico, stressed that the regional dispute over the Sahara must be resolved definitively and urgently on the basis of the parameters clearly defined by the Security Council resolutions, including 2602. “The autonomy initiative carried by Morocco since 2007, which the Security Council considers serious and credible, remains the only solution to settle definitively this regional dispute and guarantee this region the peace, stability and development to which it is entitled,” he said. On the same occasion, the speaker highlighted the unprecedented economic growth experienced by the southern provinces where populations live in freedom, prosperity and development, stating that the region has the highest human development indicators among all Moroccan regions and far exceed those of other regions of the Sahel. “The annual growth rate of the two regions exceeds 10%, while the nominal GDP per capita is 41% higher than the annual average,” he said, adding that under the new development model of the southern provinces, launched by HM King Mohammed VI in 2015, the region benefits from investments exceeding 8 billion dollars, as part of large-scale development projects.