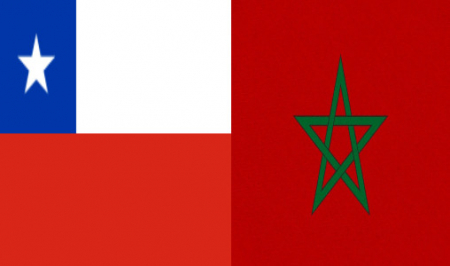 The 6th meeting of the mechanism of political consultations between Morocco and Chile was held Monday in Rabat, said a statement of the Ministry of Foreign Affairs, African Cooperation and Moroccan Expatriates. Co-chaired by the Ambassador, Director General of Bilateral and Regional Relations at the Ministry of Foreign Affairs, Fouad Yazourh and the Deputy Minister of Foreign Relations of the Republic of Chile, Ximena Fuentes, this meeting has addressed the state of bilateral relations and ways to further strengthen them in different areas, the same source added. During this meeting, the two officials reaffirmed the common desire of their countries, under the leadership of His Majesty King Mohammed VI and His Excellency the President of the Republic of Chile, Gabriel Boric Font, to give more substance and content to the bilateral partnership, especially in the context of a mutually beneficial South-South cooperation, said the statement. They expressed the commitment of both countries to the processes of democratic consolidation, while reiterating their commitment to the protection and promotion of human rights, women’s rights, children’s rights and gender equality, said the ministry, adding that they also agreed to present joint initiatives within the Human Rights Council. While welcoming the reciprocal support for their respective candidacies in different international forums, they committed to further promote cooperation and continue coordination within them. They agreed, in this regard, the need to carry out joint actions, from a multilateralist approach, in line with the objectives of sustainable development to address the multiple challenges facing the international community including the fight against climate change, environmental protection, biodiversity, oceans and illegal immigration in a humanistic approach and in the context of the fight against the mafias of human trafficking. The issue of water was also at the heart of a fruitful exchange between the two parties, which have agreed to share expertise in desalination of seawater, irrigation and agriculture, according to the release. On the cultural level, the two officials, who welcomed the richness of exchanges between the two countries, decided to give cultural cooperation, academic, academic and scientific priority in bilateral cooperation. They also called for extending this lever to other areas of common interest, including through the Diplomatic Institutes, national libraries, the Mohammed VI Cultural Center for the Dialogue of Civilizations and cultural and academic institutions of both countries, emphasizing in parallel the sports component in bringing their respective civil societies. On the economic front, the two parties expressed the shared desire to further promote trade between the two countries, which remain below their potential, as well as cooperation in tourism, logistics, renewable energy, green hydrogen, water resources, marine fisheries, industry, including automotive and aerospace. Yazourh reiterated the place that Morocco gives to Africa and the desire to develop with Chile a triangular cooperation South / South for a better economic and commercial positioning of both countries at regional and continental level, said the same source. The two parties agreed to convene during the year 2023, the next session of the Joint Commission between the two countries, concluded the statement.