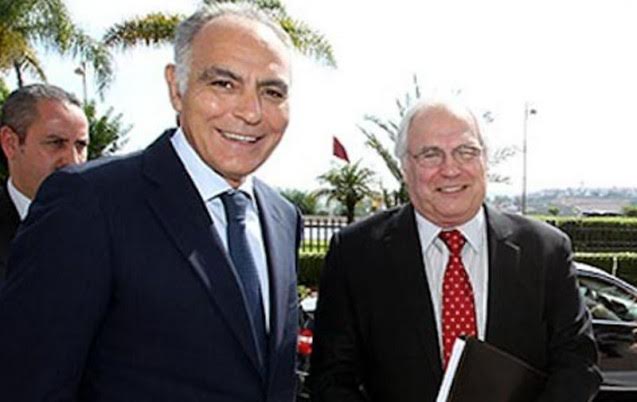 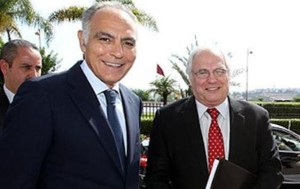 The meeting was reported by MAP news agency but no details on the contents of talks were disclosed. Junior Minister for Foreign Affairs, Mbarka Bouaida, and Morocco’s Permanent Representative to the UN, Omar Hilale, attended the meeting.

The UN mediator’s visit in Morocco is part of the regional tour he started last September 5 by a trip to the Tindouf camps.

Ross visited Algiers on September 20 and later on made a trip to Madrid. Now, he is back in the region to collect further data before compiling his report on the latest developments of the Western Sahara issue on the basis of new proposals of the countries concerned by this territorial dispute.

No official details on the current mission of the UN mediator are available, but unofficial sources say that he is in Rabat to prepare the visit the UN Secretary General Ban Ki-Moon is planning to undertake in the region by year’s end.

Ross last visited Rabat in February 2015, the first in the region after an absence of one year.

In 2012, Morocco had withdrawn its confidence in Christopher Ross, accusing him of “bias.” He was able to resume his shuttle diplomacy only after Ban Ki-Moon talked over the phone with Morocco’s King Mohammed VI on January 22, 2015 and gave him “firm assurances as to the neutrality, objectivity and impartiality of UN officials” in handling the Sahara dossier.

In addition to preparing the UN secretary General’s trip in the region, Ross will attempt to pave the way for possible direct talks between the parties to the conflict. However, according to observers, such direct talks are most unlikely, unless the parties directly concerned by this conflict, Morocco, Algeria and the Polisario, make further concessions to facilitate the task of the UN mediator.