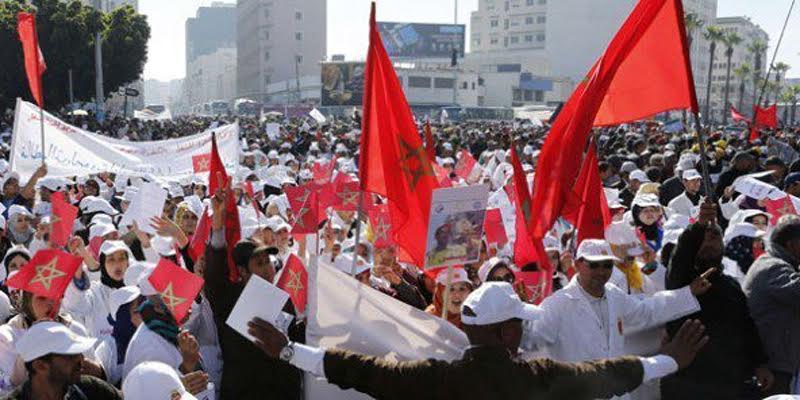 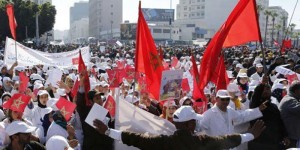 The march, held at the call of political parties, trade unions and civil society associations and organizations, has mobilized men and women of all ages, from around the country and from all walks of life. They all came to Rabat to denounce Ban Ki-Moon’s blunder during his recent visit in the Tindouf camps and Algiers.

It was an impressive human tide that started to grow long before the scheduled time (10:00 am) to kick off the popular march that went through the avenues of downtown Rabat.

The crowd chanted patriotic slogans reaffirming that the Sahara is Moroccan and denouncing the biased statements of the UN Secretary General over the Moroccan Sahara.

One of the political leaders who took part in the march told us that at the bottom line, the UN Chief is a victim of the intrigues of the Algerian regime which seeks, now that its coffers are emptying, to focus on the Sahara conflict to divert Algerians’ attention from their real political and social problems.

With the fall of oil prices and the subsequent depletion of foreign exchange reserves, the Algerian regime is no longer able to satisfy the needs of Algerian citizens, said the Moroccan Politician.

He explained that the Algerian leaders and the powerful military top brass, in their attempts to avoid an escalation of social tensions in their own country, do not hesitate to rekindle the Sahara issue, even at the risk of triggering a new regional conflict with unpredictable consequences.