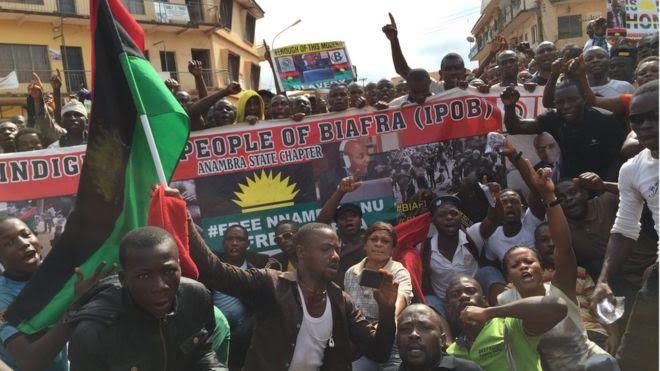 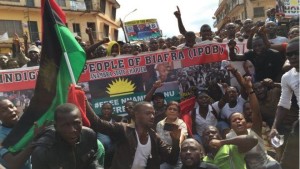 The President of Nigeria, Muhammadu Buhari, has been harshly criticized by opposition parties for expressing support to the self-determination claimed by the Polisario while he denies this very right to the indigenous people of the province of Biafra.

Supporters of the banned movement “Indigenous People of Biafra” broke the silence to denounce the contradictory and inconsistent positions of Muhammadu Buhari regarding the two issues.

Last October, the leader of the movement, Nnamdi Kanu, was arrested at the orders of Buhari who accused him of “terrorism,” “spreading of a secessionist propaganda” and “plans to wage war against Nigeria.”

At his trial opened on February 9, a judge of the Federal Court in Abuja, called for the release of Kanu, but Buhari strongly rejected the plea.

Cornered by opposition leaders, President Buhari entrusted his com adviser with explaining his position to the media.

In an interview with the e-journal “New Telegraph,” the President’s adviser, Mallam Garba Shehu, has ruled out any “comparison” between the Western Sahara and Biafra, accusing those who think so of “a knowledge deficit in international politics”

“Granting self-determination to Biafra would contribute to dismembering Nigeria!” he insisted, but tearing Western Sahara apart from Morocco is legitimate in the eyes of Buhari and his clan. What a strange philosophy!

By adopting this standpoint, Buhari is merely following the steps of Algerian rulers who are ardently defending the Polisario’s separatist thesis while they violently suppress the claims of the people of Berber Kabylie for self-determination or independence.

Besides, Buhari’s advisor did not hesitate to use the Algerian rulers’ leit-motiv: “the Moroccan Sahara is the last remaining colony in Africa” but unfortunately he forgot to recall that this same Buhari, become President, was the author or accomplice, when he was an army General, in bloody plots against several Nigerian civilian personalities, and also participated in the coup d’état that toppled President Shehu Shagari in 1983.

Unlike the regimes of Algiers and Abuja, Morocco has gone far in its concessions and voluntarily offered to the people of its southern provinces, a large autonomy under which they will manage their own political, administrative and financial affairs under Moroccan sovereignty.

A “Republic of Biafra” was self-proclaimed but was victim of genocide during the Nigerian civil war (January 1967-January 1970).