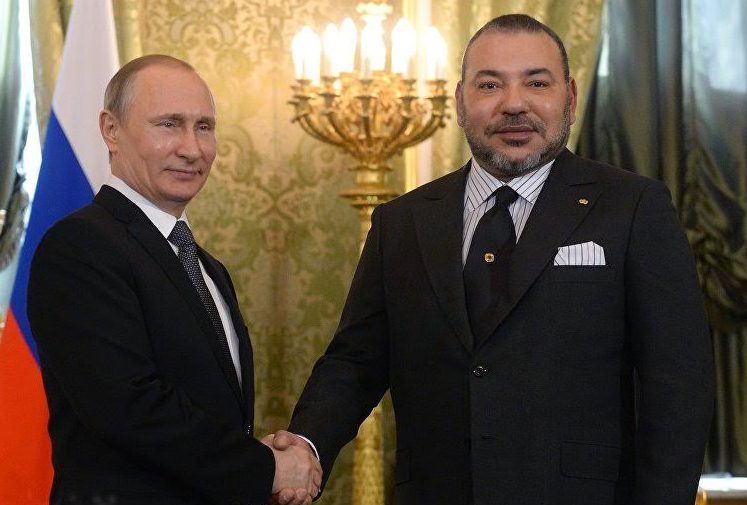 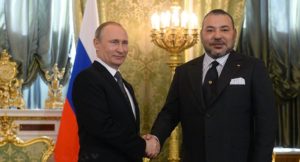 King Mohammed VI of Morocco and President Vladimir Putin of Russia had Tuesday a lengthy phone conversation during which they discussed the latest developments of the Sahara issue and the implementation of the recently concluded Extended Strategic Partnership between the two countries.

The timely phone talk took place a few days before the Security Council, wherein Russia sits as a permanent member, debates the annual report of the UN Secretary General Ban Ki-Moon on the Sahara.

Moroccan authorities fear further mistakes at the United Nations, following the biased attitude of the UN Secretary General during his visit early March in Algiers and in the Tindouf camps. Ban had then overstepped his mission and failed his duty of neutrality, calling the Moroccan presence in the Sahara, “occupation.”

It is in this context that the two heads of state “expressed their strong concern at the latest developments in the Sahara issue at the level of the United Nations Secretariat,” said a statement issued by the Royal Office.

They also “agreed to enhance their coordination and maintain continuous contacts on this issue in order to reach, by the end of April, a balanced and productive result,” the statement said.

President Putin and King Mohammed VI reiterated at the same time their full satisfaction with the outcome of the King’s recent visit to Moscow, which opened, the statement said, “a new era in relations between the two countries and consecrated the establishment of the Extended Strategic Partnership.”

In view of the latest developments in the Moroccan Sahara issue, France reiterated last Sunday, through the voice of its Prime Minister, Manuel Valls, who was visiting Algiers, that its position on this issue, remained “unchanged,” and that “any solution must be found within the framework of the United Nations.”

France and the United States, Morocco’s two traditional allies, have repeatedly underlined that the Moroccan autonomy plan for the Sahara “is a serious and credible basis for a negotiated solution.”

If Morocco gets, in addition to the staunch support of Paris and Washington, Russia’s backing at the UN, the ground will certainly be paved for a consensual political settlement of the territorial dispute between Algeria and Morocco over the Sahara.