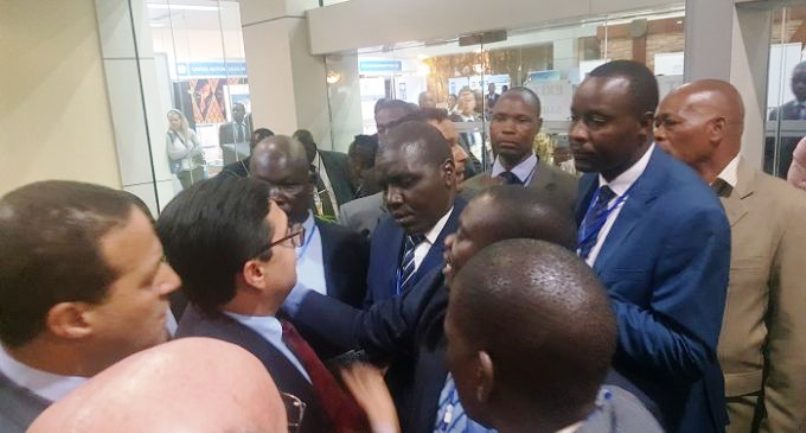 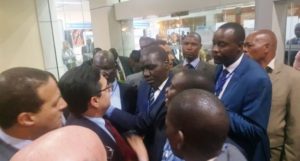 Mozambican authorities stirred concern at the opening of the ministerial meeting of the Tokyo International Conference on the Development of Africa (TICAD).

Mozambicans violated all applicable norms of protocol when they wanted to impose Thursday evening, the presence of a delegation of the pseudo-Sahrawi republic “SADR” to the preparatory meeting of senior officials. The meeting was ultimately cancelled.

The Sahrawi entity, which has no international legitimacy, was not invited to the Africa-Japan meeting, placed under the aegis of the United Nations, which does not recognize the ghostly “SADR”.

Invited delegations, including the Japanese, witnessed a surrealist domestic scene, triggered by the host country’s security and protocol services that battered Moroccan Foreign Minister Nasser Bourita and his accompanying delegation.

They prevented the Moroccan delegation members from entering the conference hall, even though they showed their badges and accreditations.

Even members of the Japanese embassy who were trying to calm down the horde of Mozambican security agents were brutalized.

More seriously, the meeting local supervisors had the nerve to circumvent the access procedures. They sneaked the “Polisario” torturers through a backdoor and seated them on seats reserved for the delegation of Mozambique.

On the sidelines of the TICAD follow-up meeting, Japan’s Foreign Minister, Kano Taro, held talks with Morocco’s Foreign Minister, Nasser Bourita, in Maputo this Friday and expressed to him his “deep regrets” following the attempt by Mozambique authorities to impose the participation of the Polisario delegation.

He also promised that such incidents will not happen again at the next TICAD Ministerial meeting and TICAD Summit to convene in Japan.

In preparation of the Maputo meeting, the Japanese Foreign Ministry addressed last May a letter to the Chairperson of the African Union’s Commission, reiterating that “Japan does not recognize ‘Western Sahara’ as a state, either explicitly or tacitly”.

The letter, dated May 30 and signed by Ambassador Takeshi Osuga Director General of African Affairs at the Japanese Foreign Ministry, explained that as Japan does not recognize the Polisario, the separatist entity “has never been invited to past TICAD meetings”.