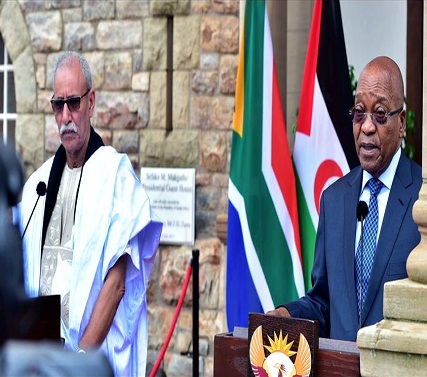 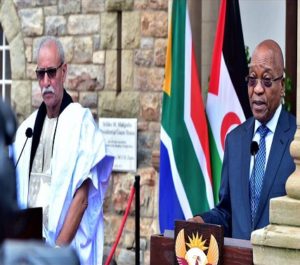 Most of the countries that are hostile to Morocco’s sovereignty over its Sahara and that are still supporting the Polisario Front and its pseudo-republic “SADR”, share many similarities.

These countries, which are mostly producers of oil, diamonds or other precious metals, are currently facing deep economic and financial crises following the fall in commodity prices.

These crises can also be explained by the non-diversification of their economy, corruption, bad governance, embezzlement of public funds and their leaders’ desperate attempts to cling to power.

One of these examples is South Africa. President Jacob Zuma and his clan are known for being corrupt but they continue to lead the country despite the fierce disapproval of the opposition and civil society.

Another country falling in this category is Mozambique. Its subsoil harbors huge natural resources, but the country is ranked among the poorest in the world, and its president Robert Mugabe remained in power for more than 37 years, before he resigned this week at the pressure of the army.

Venezuela is a major oil producer, yet its disputed president, Nicolas Maduro, has managed to throw his people into the abyss of misery and is driving his country to the brink of economic bankruptcy.

Algeria is ruled by moribund President Bouteflika. Despite his physical disability following a stroke he suffered in 2013, he clings to power and even intends to run for a fifth term, or to cede the presidency to his brother Said. Algerian economy is deteriorating, while the oil and gas revenues benefit mostly the oligarchy.

After 38 years of unchallenged reign, Dos Santos, who handed over power last August to Joao Lourenço, is, with his family members, at the head of a huge fortune of some 31 billion dollars, consisting of real estate in Europe and bank accounts in Switzerland and in offshore tax havens.

He bequeathed to his successor a country engulfed in a deep economic crisis. Angola, a major oil producer, draws from hydrocarbons nearly 70% of its tax revenues and 40% of its Gross Domestic Product, yet, the Angolan population is one of the poorest in the world. Nearly 70% of Angolans survive on less than $2 a day.

The list is still long of these corrupt regimes and despots who continue to support the mercenaries of the Polisario and display a fierce hostility to Morocco, whose only demand is the right to complete its territorial integrity and recover the territories that were under French and Spanish colonization.