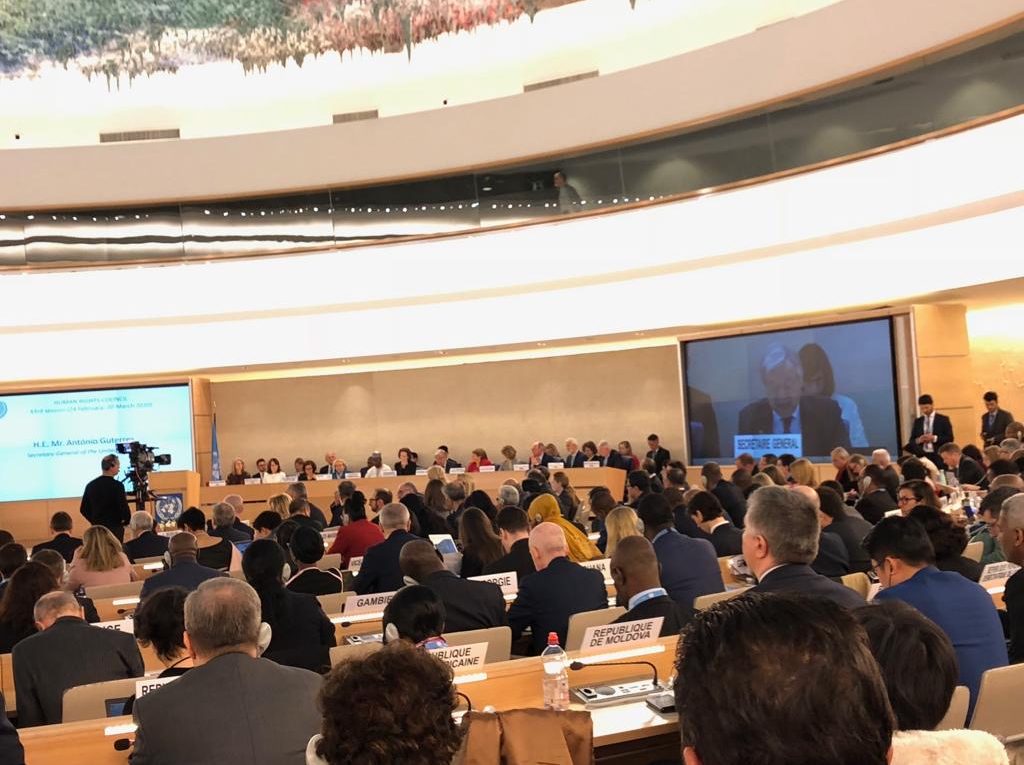 Polisario dissident Mrs. Lemaadla Zroug denounced, this Wednesday, before the UN Human Rights Council (UNHRC) in Geneva, the ordeal of the families of missing Sahrawis.

Addressing the 43rd UNHRC session convening in Geneva, Mrs. Zroug decried the retaliation and punishment inflicted against opponents in the camps in Tindouf, where, she said, “Polisario leaders resort systematically to kidnapping, abuse and execution of Sahrawi opponents”.

The armed militias of the Polisario Front, she added, are emboldened by “arbitrariness prevailing in these camps as the host country (Algeria) refuses to shoulder its legal responsibilities in a blatant violation of international charters.”

The Sahrawi activist also condemned the silence and the lack of responsiveness from international bodies and NGOs, particularly the High Commissioner for Refugees and the HRC regarding the horrific crimes perpetrated by the Polisario torturers in Tindouf camps. She cited in this regard the case of her father who had been kidnapped by Polisario militias few months before she was born and was tortured to death.

Polisario leaders continue to refuse to tell the family where her father was buried, she deplored, noting that similar crimes were committed against hundreds of Sahrawis.

“Despite the efforts made by the families of the victims to know the whereabout of missing persons, we have not received any information from the High Commissioner for Refugees, Algeria and the Polisario leaders although some of the separatist leaders admitted to committing these crimes”, said Mrs. Zroug

The Sahrawi activist also denounced the complicity and the silence of those who pretend to be defenders of the rights of the Sahrawis over these crimes and who in reality, through their inaction, only encourage the Polisario to continue their crimes and serious violations with impunity.

“For the families of the victims of the Polisario, the silence of the international community on these violations encourages their perpetrators to carry on their criminal practices”, she underlined, calling on all international bodies “to exert pressure on the host country to honor its international obligations towards the Sahrawi populations on its soil”.