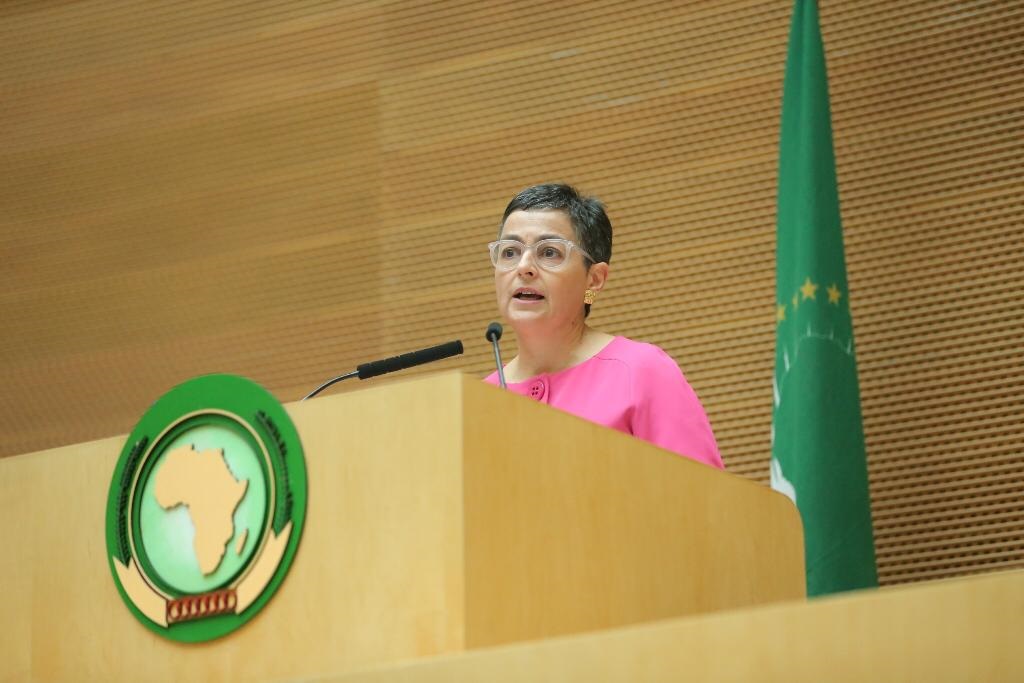 The Spanish ministry of Foreign Affairs dealt on Monday (May 25) a hard blow to the Polisario and to its Algerian & South African sponsors, by rebuffing the so-called Sahrawi republic “SADR” from an event marking World Africa Day.
Foreign minister Mrs. Arancha Gonzalez did not invite the representative of the Polisario Front to a videoconference meeting held with African ambassadors in Madrid on the occasion of World’s Africa Day.
The Spanish ministry of Foreign Affairs pushed the knife deeper into the wounds of the Polisario leaders by posting on its twitter account a map of Africa with the flags of all the member states of the African Union except that of the phantom Saharawi Republic which is a member of the AU.
The move, which will extremely irk the Polisario torturers and their Algerian sponsors, only reaffirms the stand that has already been voiced by Madrid on the Sahara issue.
In his speech made Sept. 25, 2019 before the UN General Assembly, the Head of Spanish government Pedro Sanchez had said “the Spanish government is willing to contribute to the efforts of the UN Secretary General to achieve a just, lasting and mutually acceptable political solution”, without mentioning for the first time ever, the “right of the Saharawi people to self-determination”.
This stand is in line with the UN which has never recognized the pseudo-Sahrawi Republic and has never treated the Polisario Front as a liberation movement.
Despite the change of ruling of political parties in Spain and France, these two countries have always supported Morocco’s position in the territorial dispute with the Polisario over a part of its Sahara.
The Polisario Front was created in 1973 at the instigation of the Libyan and Algerian regimes of that time, and its phantom republic was announced in 1976, while this entity had never existed either before or during the period of occupation of the Moroccan Sahara by Spain.