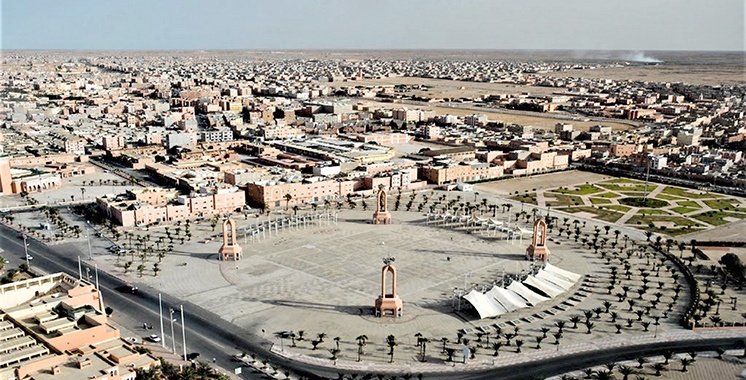 Lisbon: The region of Laayoune Sakia El Hamra received, on Friday in Lisbon, the 2021 Euro-Mediterranean Region of Sport Award.

The distinction was awarded to Laayoune-Sakia El Hamra region, during a ceremony held remotely by the European Capitals and Cities of Sport Federation (ACES Europe), in recognition of Morocco’s efforts for the development of the Southern Provinces, particularly in the field of sport promotion.

It is also a mark of support to local authorities, decentralized entities and all stakeholders in the field of sport to turn the region into a destination of choice for the practice of high performance sports and hosting international events.

The virtual ceremony took place in the presence of the President of the Laâyoune-Sakia El Hamra region, Sidi Hamdi Ould Errachid, the Federation’s President, Gian Francesco Lupattelli, the ACES Europe Secretary-General Hugo Alonso, and of representatives of participating European and Mediterranean cities.

In an address on this occasion, President of the Laâyoune-Sakia El Hamra region said he was very honored to receive this distinction which is a recognition of the efforts made by the Kingdom in the development of all the southern provinces.

“This is a distinction that honors Africa, my country and the inhabitants of my region,” said Ould Errachid, noting that the population of the region and especially the younger generations fully appreciate this honorable gesture that will open promising prospects for the future.

Highlighting the symbolic significance of this distinction, Abderrahman Tamek, counsellor at the Moroccan mission to the EU, recalled that after the consecration of the city of Dakhla last year as a Euro-Mediterranean city of sport, it is today the entire region that is honored.

This region actively participates in the development of sport and has seen significant investments in this sector, he told MAP.

The region of Laayoune-Sakia El Hamra won the 2021 Euro-Mediterranean Region of Sport Award, after the assessment of its candidacy presented on November 24.

The region will be officially presented with the award during a ceremony to be held during the first quarter of 2021 at the European Parliament in Brussels.