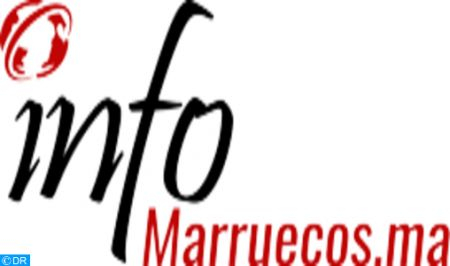 Rabat – In reality, the Polisario is only an annexe of the Algerian Ministry of Defence, wrote the electronic website “infomarruecos”, stressing that the puppet entity is a part of Algeria and that its alleged leader is an Algerian. In an article signed by journalist and writer Saïd Jdidi under the title “Brahim Ghali, the Algerian”, the publication underlined that the hospitalization in Spain of Brahim Ghali under an Algerian identity “was not in fact a scam but a blatant reality”, adding that Ghali travelled with his true identity acquired almost 45 years ago, especially since he knew for a long time that without being Algerian he could not become leader of the puppet entity. This maneuver undertaken by Algeria and the Polisario takes the last mask off the separatist project against Morocco, sponsored by the generals in Algiers and which threatens the stability of the entire region, the author added. The website insisted on the imperative for the African Union and the UN to take into consideration the new/old identity of Brahim Ghali in drawing the necessary conclusions on this matter. He also noted that the Polisario front no longer existed since the assassination of its founder El Ouali Mustapha Sayed, by the Algerian secret services near Nouakchott, deeming that the separatist front has since become an annexe to the Algerian ministry of the defence. The leader of the separatists was admitted last week to a hospital in northern Spain under a false identity and with forged papers to escape Spanish justice. The Spanish government confirmed Thursday evening that the leader of the Polisario separatists is in Spain “to receive medical care”. Lawyers for victims of criminal acts committed by Brahim Ghali filed a complaint with the Spanish courts on Thursday for the activation of the European arrest warrant issued against him.