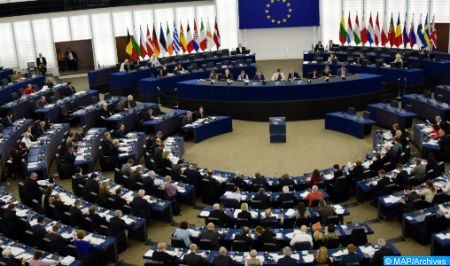 The State scandal in Spain related to the hosting of the leader of the separatists, the so-called Brahim Ghali, wanted for war crimes and serious violations of human rights, has prompted a first reaction of condemnation and rejection at the European Parliament. The European deputy Attila Ara-Kovacs spoke out against the attitude of Spain to host on its soil a notorious criminal. “As a European citizen, I wonder how the Spanish government can allow a notorious criminal (B. Ghali, Polisario) to enter Europe?,” the MEP said on his Twitter account. For him, the cooperation between the polisario, Algeria and Spain in this case is “unacceptable in terms of security” and “contrary to European values”. The hosting by Spain of the separatists’ leader under a false identity and with falsified papers in coordination with the Algerian state has aroused emotion and condemnation throughout the world. Spain is accused of helping a war criminal escape justice. Sahrawi human rights activists had filed a complaint with the Spanish courts against the separatist leader for crimes against humanity, genocide, torture, enforced disappearance and rape. An arrest warrant was issued against him by the Spanish authorities in 2008. In 2013, he was charged by the Spanish justice.