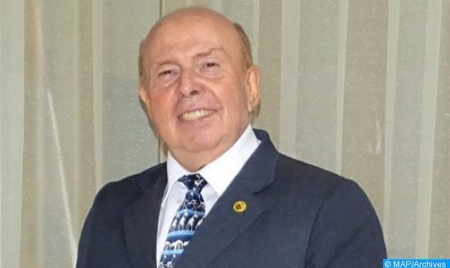 The Spanish decision to secretly host the leader of the separatists Brahim Ghali could harm the “good relations of friendship and cooperation” between Rabat and Madrid, Peruvian expert in international relations, Ricardo Sanchez Serra said. In an article published by the Peruvian daily La Razon, Ricardo Sanchez Serra noted that the Algerian military regime is constantly trying to cause “discord” in Moroccan-Spanish relations. The “secret hosting” by Spain of the so-called Brahim Ghali reflects a “contempt” for Spanish laws and international law, but also “a real act of hostility against Morocco”, he added. The separatist leader is “one of the most dangerous criminals of the polisario and is accused of genocide, crimes against humanity, murder, rape, kidnapping, among others,” the expert wrote. “Spain has fallen into Algerian trap by causing an embarrassing incident for Madrid”, the Algerian regime is seeking “to create unrest in the long-standing Moroccan-Spanish relations,” he added. It is “a military regime (Algerian) that uses tricks to destabilize Morocco and divert attention from its internal social problems and the protest movement that demands a civil State and a better future,” he said. Sanchez Serra, who has already visited the Tindouf camps, said that “Spain must address this situation and immediately arrest the person responsible for crimes against more than 300 people and provide justice to all victims,” noting that Spain and all countries of the world are called upon to put an end to the suffering of the detainees in the Tindouf camps, allowing them to return to their homeland, Morocco, and live a dignified life in the 21st century.