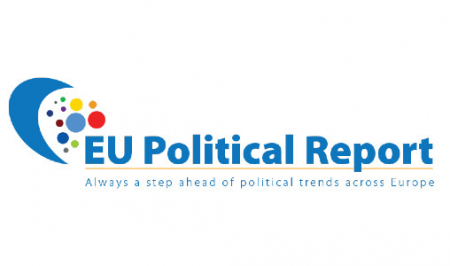 Acting decisively, HM King Mohammed VI has ordered the ministers in charge of the Interior and Foreign Affairs to resolve the issue of unaccompanied Moroccan minors in an irregular situation in Europe, said European news website “EU Political Report”. The outlet, which mentions a statement from the ministries of the Interior and of Foreign Affairs, African Cooperation and Moroccans Abroad, recalls that HM the King had stressed on several occasions, including to Heads of foreign states, the clear and firm commitment of the Kingdom of Morocco to accept the return of duly identified unaccompanied minors. Cooperation mechanisms have been set up for this purpose with certain countries, in particular France and Spain, which have led to the return of several dozens of minors to Morocco.

The delays noted in the implementation of this cooperation are mainly linked to blockages caused by the complex (administrative and judicial) procedures in some European countries, said James Wilson, the author of the article. “Morocco is the first country to act on concerns about certain circles of civil society, or even criminal networks, which use the supposedly precarious conditions of minors as a pretext to exploit them,” Wilson pointed out. Morocco is ready to collaborate, as it has always done, with European countries and the European Union (EU), for the settlement of this issue, he stressed, noting that the Kingdom hopes that the EU and the countries concerned will be able to overcome the procedural constraints to facilitate this operation. “Over the past decade, border control actions undertaken by the Kingdom of Morocco have required a budget of several billion euros in terms of operations, human resources and material investment,” he recalled, noting that the recent aid received from the EU represents less than 10% of the financial resources committed by Morocco. “These large-scale efforts by the Kingdom of Morocco have made it possible to strengthen the border control system and neutralise the cross-border trafficking routes,” the author of the article underlined, adding that “these routes are used by illegal networks which carry all kinds of potential threats ranging from the infiltration of migrants to that of terrorists, jihadists and foreign fighters as well as drugs, arms and contraband trafficking.” By drastically reducing the large scale of migrant arrivals to Europe, Morocco continues to make a significant contribution to regional security, he said. “Over the past decade, Morocco has prevented more than 450,000 illegal migrants from reaching Europe. The numbers speak for themselves,” he pointed out, adding that the Kingdom has prevented in the last 4 years more than 14,000 attempts by illegal migrants to reach Europe. “During this period, Morocco exchanged over 9,000 pieces of intelligence information with Spain on illegal migration, and has dismantled 8,000 human trafficking cells,” Wilson stressed.