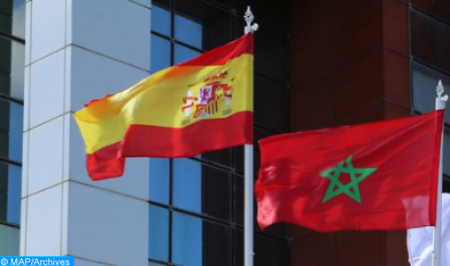 President of the Morocco-European Union Joint Parliamentary Committee Chaoui Belassal said, on Monday in Rabat, that the dispute between Morocco and Spain is purely bilateral and “we do not want to Europeanize it”. Belassal was speaking to the press on the sidelines of a meeting by the Morocco-EU Joint Parliamentary Committee (Moroccan side), which took place in the presence of the Speaker of the House of Representatives Habib El Malki. Belassal said that this meeting takes place following the introduction of a draft resolution to the European Parliament on a so-called +use of minors by the Moroccan authorities+ in the migratory crisis of Sebta. The meeting aims in particular to urge the European Parliament to modify this draft resolution, “which was submitted by two groups at the instigation of Spain”, he noted. “We want to emphasize for the European Parliament that Morocco honors its commitments” and have “fundamental and strategic” relations with the EU, relations that “we want to be marked by continuity”, while promoting bilateral cooperation to encompass a number of issues of common interest, Belassal noted. He also highlighted the great efforts made by Morocco in all the matters which fall within the framework of its bonds with the EU, in particular in issues related to migration, fight against the extremism, counterterrorism and money laundering. He also hoped that “the recommendations contained in the said draft resolution will be modified by the European Parliament in order to preserve its relations with the Kingdom, a key partner in the region which fulfills a very important role”.