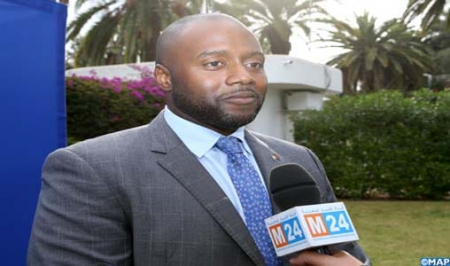 The future of Morocco-United States relations is very promising, said, on Monday, American consul general in Casablanca, Lawrence Randolph. On the occasion of the 15th anniversary of the Free Trade Agreement (FTA) between Morocco and the United States, Randolph described, in a statement to MAP, M24 and Rim Radio, the bilateral relations between the two countries as “historical, profound and long-standing”, expressing his honor to be present in Morocco, which allowed him to collaborate with his American and Moroccan colleagues. He added that Morocco-US relations date back to more than 200 years, recalling that Morocco was the first country in the world to recognize the United States of America, “which is very important for us”. U.S Embassy’s Chargé d’Affaires in Morocco David Greene had underlined, earlier, that the trade volume between the two countries have multiplied by five since 2005, the year preceding the entry into force of the FTA, reaching 5 billion dollars in 2019.