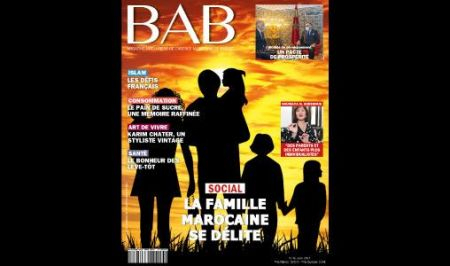 Morocco’s geostrategic position makes it a key country, and any regional geopolitical expression must take note of this geographical fact, writes the editorialist of the monthly magazine BAB in its issue N° 35. “Morocco has two facades on the sea: the Atlantic and the Mediterranean. A gateway to Europe. And an essential corridor to have access to West Africa. The hostility of its neighbors is essentially based on these stubborn data”, affirms the editorial of BAB by Khalil Hachimi Idrissi, Director General of the Moroccan News Agency (MAP). “An Atlas mountain range tempers the climate according to distinctive seasons and nourishes exceptional fluvial activity. Nurturing plains, leaning back against the coast, worked by courageous and devoted peasants, spurred by an ambitious national policy, offer an unparalleled food production in the region”, underlines Hachimi Idrissi in this editorial entitled “What is Morocco”. According to the magazine, the urban system itself is based on imperial urban formations which give a historical city density to the whole framework, with new towns which come to relieve the whole country with intelligence and an offer of services which is improving day by day. “All driven by a network of elected councils, giving life to an undeniable and perfectible local democracy, and a network of agents of authority, increasingly young and aware of social issues and the meaning of public service, and a growing number of experts in sustainable development”, says the editorialist of BAB. “This national group, which is dynamic and alive, is supported by large structuring facilities which bestow a rapid pace of development on the whole”, indicates the magazine, citing an impressive airport network, exceptional maritime clusters around leading ports in Africa and in the Mediterranean, meaningful motorway deployment, and notable accessibility, to all the country’s major infrastructure. The editorial of MAP monthly magazine also notes that Morocco’s positioning in the professions of the future: the automotive industry and its ecosystem, aeronautics, offshoring, electronics, the pharmaceutical industry, etc. enabled the country to broaden its range of job-generating industrial activities and support more traditional activities, which still provide foreign currency, such as tourism, phosphates or remittances from Moroccan expatriates. “The social protection system itself is currently moving, thanks to a very strong Royal decision, towards universality. A minimum wage  of dignity is under way, in addition to medical care for all categories of the population regardless of their active or inactive status”, notes the BAB magazine, which underlines that the dominant culture of the country is peaceful, tolerant and respectful of differences. “Many components irrigate it. Whether it is Amazigh, Arab, African, Hassani or Jewish, the unity of Moroccan culture feeds advantageously on all these components without exception”, notes the editorial, adding that this generates a living and creative socio-cultural bloc, whose roots plunge into a substratum moderate Sunni Islam and Malikite rite. “The Moroccan monarchy is the keystone of this system,” says the magazine, adding that “the Constitution gives it a role of arbitration and balance while marking a clear separation of powers”. “The fact remains that the political expression of this Monarchy benefits from a dense and exceptional historical legitimacy which means that the people are in phase directly, and in interaction, with it without necessarily going through an intermediary”, reaffirms the editorialist. The magazine concluded by saying that “the stability of the Moroccan regime is measured exclusively by this yardstick. And anyone who has not understood this, such as, in particular, the Algerian President A. Tebboune, will never understand anything in his life”.