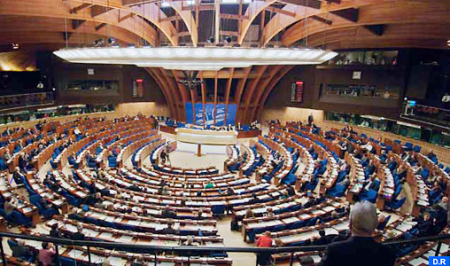 The President of the Parliamentary Assembly of the Council of Europe (PACE) Rik Daems hailed, on Tuesday, the fruitful cooperation with Morocco. At the end of a meeting with members of the Moroccan parliamentary delegation to PACE, Daems welcomed “the upward trajectory marking the Kingdom’s relations with PACE, since the granting of the status of Partner for Democracy in 2011 to Morocco”, underlining the positive results of this cooperation, fruit of the voluntary and irreversible commitment of Morocco, indicated a press release from the Consulate of the Kingdom in Strasbourg. Daems warmly welcomed Morocco’s constructive and ambitious approach to strengthening its relationship with the Parliamentary Assembly of the Council of Europe. He also praised the role of the Kingdom as a bridge between Europe and Africa and expressed his support for the Kingdom not only in the Assembly but in all statutory bodies of the Council of Europe. The president of the PACE affirmed that the mission which he will conduct soon in the Kingdom will be the occasion to announce “the work plan aiming at the consolidation of the Morocco/PACE partnership and to launch the reflection on the evolution of the Partner for Democracy status of the Kingdom. The Moroccan parliamentarians, for their part, lauded the quality of relations between the Kingdom and PACE and called for the enhancement of the partnership with the Assembly, said the same source.