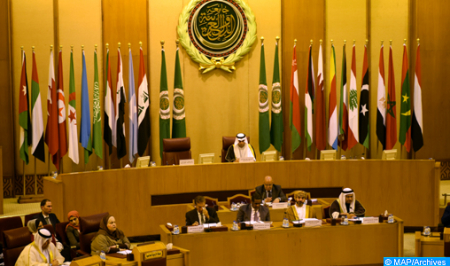 The Arab Parliament will hold Saturday in Cairo, an emergency meeting to discuss the latest resolution of the European Parliament on Morocco, which included unfounded accusations about the Kingdom’s policy in the field of immigration. On the sidelines of preparatory meetings of the 6th plenary session of the Arab Parliament, the President of the Arab Parliament Adel Al Asoumi told the press that this emergency meeting is held “as a sign of solidarity and support for the Kingdom of Morocco, in light of this crisis in which the European Parliament has become involved with no grounds.” Before the adoption of the resolution, the Arab Parliament called on its European counterpart not to interfere in this crisis, which should be resolved in a bilateral framework between Morocco and Spain, he added. In light of “the European Parliament’s persistence to move forward in its provocative positions on Arab issues, and its adoption of this resolution, which is rejected, a serious Arab position must be adopted at this session which will be devoted to the examination of all aspects of this issue.”