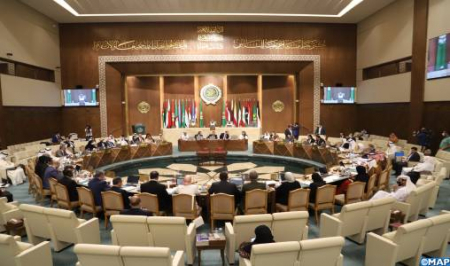 The Speaker of the Arab Parliament, Abdel-Rahman Al-Assoumi, has hailed the unprecedented development achievements made by Morocco in various fields, under the wise leadership of HM King Mohammed VI. In a statement released Friday, Al-Assoumi welcomed the wise policy of HM the King, which has strengthened the role of the Kingdom of Morocco at the Arab, regional and international levels. The Speaker of the Arab Parliament congratulated the Sovereign on the 22nd anniversary of his accession to the Throne of His glorious ancestors, noting that it is a national occasion dear to all Moroccans and Arabs, which embodies the values of allegiance and loyalty to the Sovereign and represents a symbol of the unity and sovereignty of the Kingdom. He also expressed his sincere wishes for good health and well-being to HM the King and prosperity, progress and more stability and development to the Moroccan people under the wise leadership of HM King Mohammed VI.