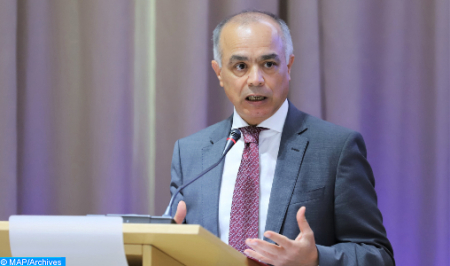 The “exceptional” relationship between Morocco and France is called upon to renew itself further to face new challenges, said Morocco’s ambassador to Paris, Chakib Benmoussa. “At the time when the Covid-19 crisis imposes change and calls on us to act with reason and discernment, we must work together to preserve the foundations of the exceptional relationship between Morocco and France, a dense relationship and resilient one, nourished by a deep friendship and converging interests”, said Benmoussa in a video message  produced by the embassy on the occasion of the Throne Day. This relationship is “called upon to renew itself even more today to face the challenges of climate change, the fight against terrorism, security, the management of migratory flows and the challenge of shared competitiveness between our two economies”, he added. At the same time, the diplomat paid tribute to the “French friends” of the Kingdom who by “their dynamism and their mobilization allow us to project ourselves with confidence towards the future and to constantly renew the France-Morocco relationship”, he pointed out. Benmoussa highlighted the efforts made by Morocco under the leadership of HM King Mohammed VI for the development of the Kingdom and the consolidation of its place at the international level, noting that the “Kingdom is moving forward with perseverance and without complex to consolidate its social project towards more progress and development for its citizens.” The ambassdor also commented the “strong moments that marked this year”, starting with the Covid-19 health crisis which weakens economies and health systems. Under the leadership of HM the King, Morocco quickly adopted strong measures which made it possible to limit the effects of this crisis and to protect the most exposed and fragile populations, he said, recalling the measures implemented in this regard at the health, social and economic levels. Benmoussa also commented the latest developments in the Sahara issue with the recognition by the United States of America of the Moroccanness of the southern provinces, a “historic decision and a natural outcome” with regard to the issues of stability and regional security. This recognition, in addition to the opening of several diplomatic representations in the southern provinces, reinforces Morocco’s approach which is to ensure the security and economic development of the Moroccan Sahara for the benefit of its inhabitants and with the participation of the populations, he said. The diplomat also paid tribute to the large Moroccan community in France, “which in its diversity remains deeply attached to its country of origin, and which is part of an approach of living together”, recalling that it enjoys the high solicitude of HM the King. In the same video, several French personalities seized this opportunity to congratulate HM the King on the 22nd anniversary of his accession to the Throne. These include Senator Christian Cambon, president of the France-Morocco friendship group in the Senate, who voiced, on behalf of the 65 senators members of the group, his warm congratulations on this occasion. “I want to assure HM the King of our respect, our loyalty and our support at a time when our respective countries continue to go through the Covid crisis. I want to take up this opportunity to commend the efforts that Morocco has made so that the greatest number of Moroccans can benefit from a COVID-19 vaccine,” he said.