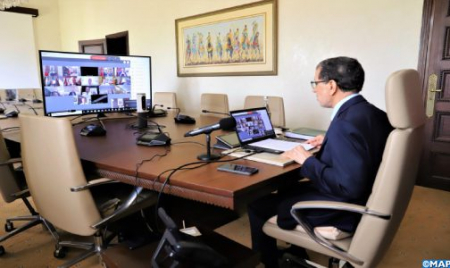 The Council of Government, which met Monday in Rabat under the chairmanship of the head of government Saâd Dine El Otmani, adopted draft decree 2.21.670 setting the districts of courts specializing in crimes of money laundering. The adoption of this text falls within the framework of the implementation of the provisions of article 38 of law 12.18 relating to the fight against money laundering and the financing of terrorism which generalized the judicial competence in the field to the Courts of Casablanca, Fez and Marrakech alongside that of Rabat, said a press release issued at the end of the Council, held in videoconference mode. According to the same source, this aims to ease the pressure on the courts of the city of Rabat which, until then, had national jurisdiction, to improve the rate of processing of cases and to achieve judicial efficiency in terms of examining money laundering-related cases. The adopted draft decree also aims to support the efforts made in the field of strengthening research and investigation mechanisms relating to this type of crimes, in particular at the level of the creation of four regional brigades of the judicial police, specialized in financial and economic crime in the cities of Rabat, Casablanca, Fez and Marrakech.