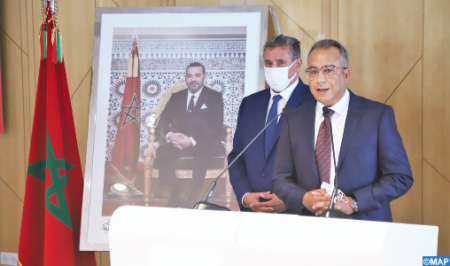 The secretary general of the Front of Democratic Forces (FFD), Mustapha Benali, said, Wednesday in Rabat, that his party supports the orientations which serve the interests of the Moroccan voter in this crucial stage. Speaking to reporters following his meeting with the appointed head of government, Aziz Akhannouch, as part of the consultations for the formation of the new government, Benali underlined the importance of strengthening the democratic process in Morocco “which requires the support of all categories and channels of socialization, including the media, in order to serve societal values” which will enable the Kingdom to establish itself as an emerging regional power and meet the challenges related to defending the interests of the Homeland and citizens. After congratulating Akhannouch for the Royal confidence, Benali stressed that the appointed head of government is well aware of the importance of his new mission. Akhannouch began on Monday his consultations for the formation of the new government by meeting several political parties chiefs.