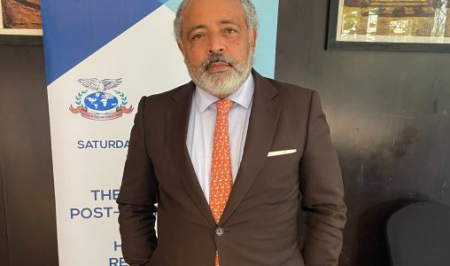 The expulsion of the so-called “Sadr” from the African Union (AU) would correct a “historical injustice” and would allow the pan-African organization to restore its credibility, said on Saturday in Dar-es-Salaam Fahmi Said Ibrahim, Comorian former Foreign Minister. “It has become necessary to expel this non-state and non-legitimate entity from the AU to correct a historical injustice that has discredited our continental organization,” Mr. Ibrahim told MAP on the sidelines of a regional seminar held in the Tanzanian capital. “It is also necessary to ensure that this unfortunate precedent is never repeated,” he pointed out. According to the former Comorian top diplomat, the expulsion of the “sadr” from the AU will make a “major contribution” to the settlement of the Sahara issue by strengthening the neutrality of the pan-African organization in this artificial conflict. A neutral regional body is not entitled to set itself up as a subject of international law granting itself the right to decide the state status of an entity not recognized as such by the UN, and which has no attributes of an independent and sovereign state, he noted. Regarding the historic evidence that proves the Moroccanness of the Sahara, Ibrahim said that various legal documents, some dating from the seventeenth century, presented to the International Court of Justice, confirm the existence of a link of unquestionable and constant sovereignty of Morocco over its Sahara. He added that the resolution of this regional conflict will undoubtedly promote the unity of Africa, together with its social and economic integration, and step up cooperation between the different regional blocs of the continent.