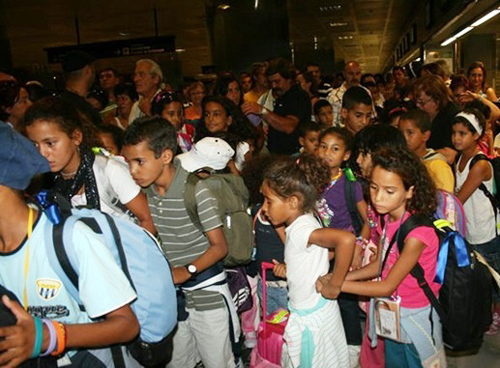 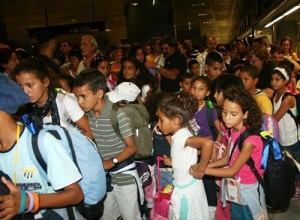 Arms and drugs trafficking and the misappropriation of humanitarian aid initially destined to the Tindouf camps refugees do not seem enough to satiate the appetite of the Polisario leaders and their Algerian accomplices to get rich by any means.
A Moroccan newspaper has recently revealed the existence of a vast trafficking network of children from the Tindouf camps.
According to “Assabah” daily in Arabic, Polisario leaders in collusion with senior Algerian officials have recently started a new kind of human trafficking, involving innocent young children.
These children are forcibly removed from their parents to supposedly spend holidays in summer camps in Europe. But once in Europe, many of these children are given to Western families for adoption in exchange of huge amounts of money. The deals are struck by intermediaries working on behalf of the Polisario leaders.
The money collected goes directly to the bank accounts held by the sponsors of these surreal transactions, while the families of the sold children are given some crumbs, a way to reassure them that their offspring are in good hands and will have a better future than in Tindouf.
What is even worse is that some organizations involved in this international network of child trafficking convert to Christianity the Sahrawi children at their adoption.
When international humanitarian aid was abundantly flowing, hundreds of Tindouf camps children were expatriated every year to indoctrination camps in Cuba.
Now that the global economic crisis has forced most donors to drastically reduce or totally suspend their aid to the Tindouf camps populations, the Polisario leaders find “creative ways” to get richer.
This is quite normal in a lawless zone where everything is allowed. The Polisario torturers do not have to worry because, through their propaganda financed by the Algerian taxpayer, the international community and human rights NGOs have eyes riveted on the disputed Western Sahara territory instead of investigating the violations and crimes perpetrated in the Tindouf camps.