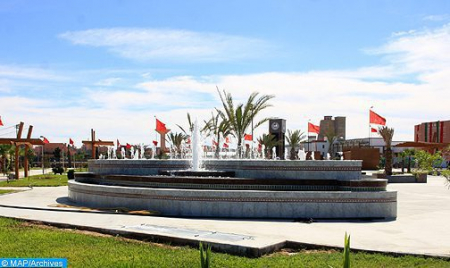 The African Union (AU) must incessantly expel “the ghost”, the so-called “rasd”, said, in Kinshasa, Senturel Ngoma Madoungou, former Gabonese minister of Budget, noting that its presence constitutes a real obstacle to the development of the Continent. “We do not understand how or why the African Union keeps a ghost during its meetings,” he told MAP, on the sidelines of a seminar organized Friday by the Public Affairs Cabinet (BM Patners), under the theme “The African Union in the light of the Sahara issue: how to move from a dynamic of failure to a final solution serving African unity”, adding that “those who complain do not even live in the Moroccan Sahara”. He also welcomed the efforts of Morocco, which for twenty years has made a great effort to accompany with great will and in a spirit of sharing and altruism African countries in their development in several areas. “HM King Mohammed VI has a very great vision on African integration and the Sovereign continues to approach the countries of the Continent so as to undertake pragmatic measures to move Africa towards more dynamism”, said the former Gabonese minister. This contribution is a real added value for the African countries aiming to establish the bases of a win-win partnership, he pointed out. This seminar brought together about sixty participants and thirty speakers from five countries of the sub-region, namely Angola, Cameroon, Gabon, DRC and Zambia. Speakers included politicians, experts and academics, economists and representatives of the private sector, members of Think Tanks and eminent members of civil society.