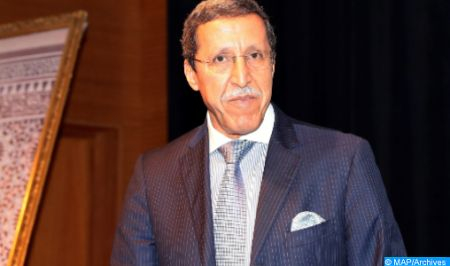 Ambassador Omar Hilale, Permanent Representative of Morocco to the United Nations, has successfully concluded the main part of the proceedings of the Disarmament and International Security Committee (First Committee) of the 76th session of the UN General Assembly, at the end of five weeks of tenacious deliberations but without blockages, for the first time in several years. Despite unfavorable circumstances due to the pandemic and measures to restrict its spread within the United Nations, the Committee was able to complete its proceedings on time on Friday, not without having held its three traditional operational phases, adopted some sixty draft resolutions and heard nearly 137 delegations. Beyond the traditional aspect of heated exchanges, the sometimes opposing stances and the large number of rights of reply that characterize its proceedings, the First Committee has been particularly successful in adopting its work programs for this year and for the next session without clashes or opposition, especially from the major powers. The adoption of these programs is all the more important as it should be recalled that the 3rd and last substantive session of the United Nations Disarmament Commission (UNDC) is, to date, postponed to a later date because it has not been able to adopt its work program for 2019. The chairmanship and leadership of the Ambassador, Permanent Representative of Morocco to the UN, was particularly successful in garnering the support, flexibility and cooperation of all delegations. At this session, several delegations took the floor to commend the successful work of the Commission this year and to congratulate the excellent management, atmosphere and conduct of the proceedings of the First Committee. In his closing remarks, Hilale emphasized the work of the First Committee “which is becoming increasingly important and relevant, reflecting the evolving threats in today’s complicated global environment and the cross-cutting and hybrid nature of the disarmament and international security issues it deals with each year”. He affirmed that “the Covid pandemic has revolutionized our way of life but has also reminded us that we are equal in the face of global scourges, vulnerable on our own and more resilient together”, underlining that despite the exceptional and significant pandemic restrictions, the First Committee has not lost its usual verve and dynamism. Hilale’s presidency of the Committee will continue during this 76th session of the UN General Assembly which will conclude in September 2022.