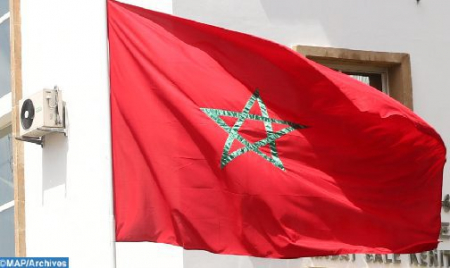 French MP Antoine Herth, who is serving as a member of France’s National Assembly for Bas-Rhin department, welcomed, on Monday, Morocco’s “undeniable” credibility as a reliable partner for France and Europe. During a meeting with the Kingdom’s Consul General in Strasbourg, Driss El Kaissi, Herth stressed that Morocco, under the enlighted leadership of HM King Mohammed VI, “continues its development, standing out as a regional leader.” Morocco’s leadership in the region is “called to play an increasingly important role as a bridge between Africa and Europe, but also in the Arab World through its significant role in the Libyan issue and the Middle East peace process with the Abraham Agreement,” he added. According to a statement from the Moroccan Consulate in Strasbourg, the French MP, who also serves as a member of the Committee on Economic Affairs at the National Assembly, expressed “admiration” for the Moroccan agricultural policy. This policy, according to the same source, achieves “self-sufficiency in the national market and manages to export quality products abroad, particularly in Europe, through farms that are increasingly adapted to a sustainable development framework.” During this meeting, Herth and El Kaissi discussed Morocco’s latest elections, where Herth said he was “impressed” by the voter turnout of more than 50% (i.e. seven points more than 2016’s legislative elections), as well as by young people’s involvement. Regarding the issue of the Moroccan Sahara, the MP welcomed the “strong” participation of the Sahrawis of the southern provinces in these elections, exceeding the national average. This is a “sign of their commitment to Morocco’s autonomy plan, welcomed by the Security Council resolutions.” On this occasion, Herth called on Europe to “safeguard its multidimensional partnership with the Kingdom and particularly in terms of green energy through the Moroccan advances on renewable energy,” the statement concludes.