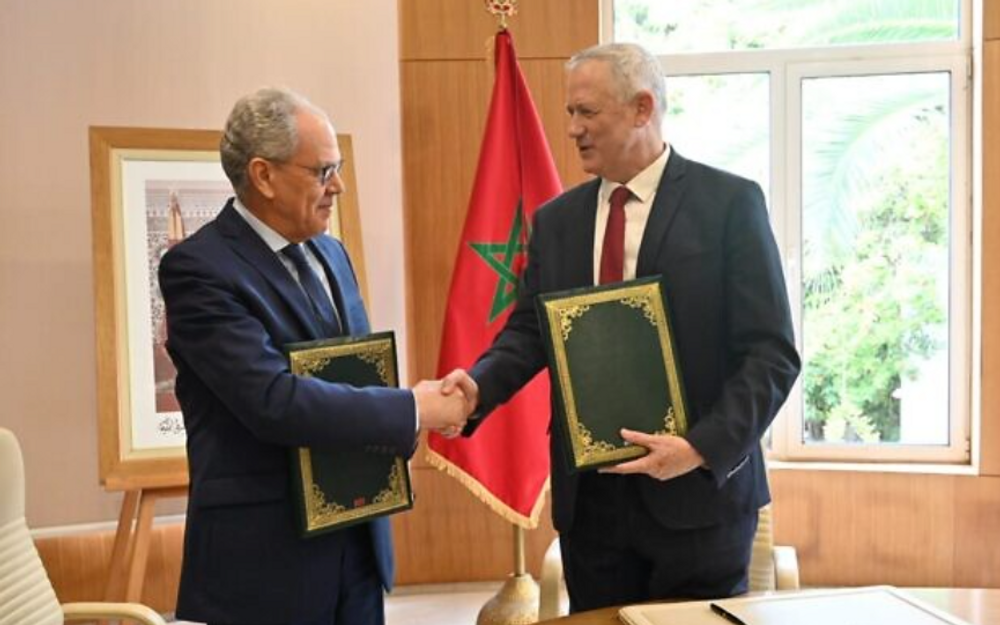 Israel’s Deputy Prime Minister and Minister of Defense, Benjamin Gantz, was received on Wednesday in Rabat, upon High Royal Instructions, by the Minister Delegate to the Head of Government, in charge of the National Defense Administration and by the Lieutenant General, Inspector General of the Royal Armed Forces (FAR) and Commander of the Southern Zone.

A statement from FAR General Staff said that pursuant to the High Royal Instructions, Abdeltif Loudyi, Minister Delegate to the Head of Government in charge of the National Defense Administration, received, on Wednesday at the headquarters of this Administration, an important Israeli delegation led by Benjamin Gantz, Deputy Prime Minister and Minister of Defense of the State of Israel, on an official visit to Morocco from November 23 to 25.

This visit is part of the cooperation relations between the Kingdom of Morocco and the State of Israel, which have seen significant progress since the signing of the tripartite declaration (Morocco-Israel-US) in December 2020, under the chairmanship of HM the King, enshrining the resumption of their diplomatic relations.

On this occasion, the two ministers welcomed the progress made in the field of defense with the conclusion of an Agreement on the protection of information in the area of defense and a Memorandum of Understanding on cooperation in cybersecurity.

The two ministers then discussed ways and means of strengthening bilateral military cooperation in areas of common interest and renewed their common desire to consolidate these relations.

They also exchanged views on bilateral and regional issues. In this regard, they highlighted the historical and cultural ties between the two countries and the strong attachment to His Majesty the King of the Jewish community in Morocco and the Moroccan Jewish diaspora in Israel and around the world, enabling them to promote peace and strengthen stability in the Middle East.

On the same day, and upon the High Instructions of HM the King, Supreme Commander and Chief of General Staff of FAR, the Lieutenant General, Inspector General of FAR and Commander of the Southern Zone, received at the level of FAR General Staff in Rabat, Gantz, who was leading an important delegation, in the presence of FAR senior military officials.

During this working meeting, both officials welcomed the dynamics of cooperation between the two countries, carrying mutual interests and auguring a promising collaboration in terms of exchange of expertise in particular in the areas of training, defense capacity building and technology transfer, concluded the statement.