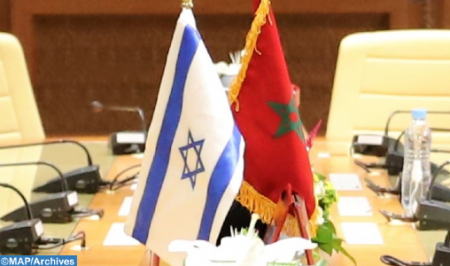 The ambassadors of Morocco and Israel in Mexico City, Abdelfattah Lebbar and Zvi Tal, have highlighted the progress of cooperation between the two countries one year after the resumption of diplomatic relations. In an Op-ed published by the Mexican publication ‘Excelsior’ under the title “First anniversary of the resumption of diplomatic relations between Morocco and Israel”, the two diplomats underlined that this progress covers various political, diplomatic, economic and cultural areas. Cooperation has been formalized by the signing of numerous agreements relating in particular to the launch of direct air links, the establishment of security collaboration ties, partnerships in the areas of innovation and scientific and academic research as well as joint actions by civil society in both countries, they pointed out. The article notes that the rapprochement between the two countries, celebrated by the Israeli Minister of Foreign Affairs, Yair Lapid, and his Moroccan counterpart, Nasser Bourita, has allowed the strengthening of the centuries-old ties existing between the two peoples. It also contributed to strengthening cooperation between the embassies of Morocco and Israel in Mexico. In this regard, the ambassador of the Kingdom underlined that the renewal of bilateral relations “enshrines the historic coexistence and the privileged ties between Jews and Muslims in Morocco”, highlighting “the enlightened vision of His Majesty King Mohammed VI in the service of the unity of peoples and hope for peace and security in the region”. For his part, his Israeli counterpart affirmed that “when we invest effort and show commitment, peace and a common vision can be within reach to serve the peoples of our region”, saying he is optimistic regarding the prospects for cooperation between Israel and Morocco, as well as with Mexico. The two ambassadors recalled their participation, last September, in the tree planting ceremony in an urban forest in Mexico City, as part of a program initiated by the Mexican capital entitled “Green Challenge”. This joint participation reflects, it is said, their desire to further consolidate the ties of friendship and cooperation between Morocco, Israel and Mexico, particularly in the vital field of the environment and sustainable development.