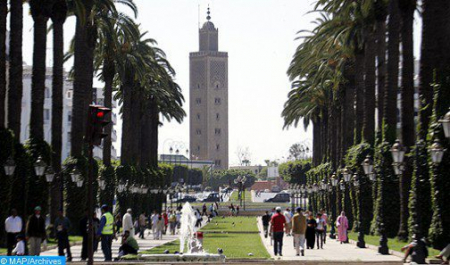 The paragraphs concerning the Moroccan Sahara issue contained in the report of Human Rights Watch (HRW) for 2021 are “monumental proof of its involvement in a systematic hostile political campaign” against Morocco and of the inconsistency of its own reasoning to address real facts, underlined the Interministerial Delegation for Human Rights. In an open response to HRW’s allegations, the Delegation pointed to the “timid position” of the said NGO on the Moroccan Sahara issue, although it admits the nature of this regional conflict which has been submitted to the Security Council for decades. Commenting on HRW’s insistence on rehashing an outdated thesis and its inability to mention the Moroccan Autonomy Initiative which, enjoying international recognition, has been constantly described as serious and credible, the Delegation considered that this NGO, through its proven alignment with the thesis of the supporters of separatism, has denied the prerequisites of impartiality supposed to guide the work of a human rights organization. The Delegation stressed that HRW pays little attention to the UN’s call for the involvement of the parties in the search for a political, realistic, negotiated and accepted solution by all the parties, as the Security Council has constantly underlined, for years and on several occasions, the latest being in its resolution of October 29, 2021 where it called for round tables with the participation of all parties to the political process, including the sponsor country of separatism, quoted five times in this resolution. HRW has therefore distanced itself from the principles of the necessary impartiality that it implies vis-à-vis a regional conflict of this magnitude, since it cannot claim objectivity by not citing, even timidly, the comments given in the said Security Council resolution regarding the initiatives undertaken by Morocco, the role played by the two Commissions of the National Human Rights Council in Laayoune and Dakhla, or even the interaction of the Kingdom with the special procedures of the UN Human Rights Council, and cooperation with the UN Commission on Human Rights. And because HRW is politically aligned with the godfather party of separatism, it can only pass over in silence the individual and collective violations of human rights against the people against their will in the Tindouf camps in Algeria, as they were mentioned in the report of the Security Council, said the Delegation. In doing so, the same source points out, HRW has distanced itself from the spirit of the prerequisites of necessary impartiality to assess the human rights situation. And to conclude that the issues raised by HRW therefore do not deserve answers, even though the Kingdom continues to address these issues within the framework of its international commitments, as well as within the framework of the strategic dialogues organized with the competent international parties concerned with human rights.