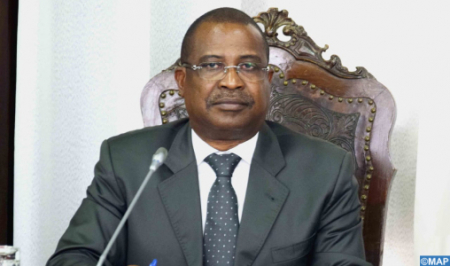 Spain’s recognition of the Moroccan autonomy plan as the most credible solution to achieve a final settlement of the artificial dispute over the Moroccan Sahara “clearly” increases the confidence of countries who had already adopted the same stance, said Delfim Santiago das Neves, Speaker of the National Assembly of São Tomé and Príncipe. “I would like to congratulate the Kingdom of Morocco for this new achievement, which reassures and clearly increases the confidence of those who had already adopted this position, especially since it provides guarantees as to the irreversible nature of this process,” das Neves told MAP. He has, in this regard, expressed his “deep satisfaction and great joy following Spain’s new position,” noting that the recognition by the Iberian country of the Moroccan autonomy initiative is “in line” with the recognition already expressed and made public by several countries, including São Tomé and Príncipe. “Spain’s position in favor of the Sahara’s Moroccanness has undeniably important meanings, since it is a European country and a reference in the European Union (EU), as well as in the international arena,” das Neves pointed out. “As regards São Tomé and Príncipe and within the framework of the excellent relations of friendship and parliamentary cooperation existing between our two countries, I reiterate once again our firm position of recognition, already expressed by the competent bodies, of the Moroccan Sahara and our support to the Kingdom of Morocco in the intransigent defense of its territorial integrity,” he concluded.