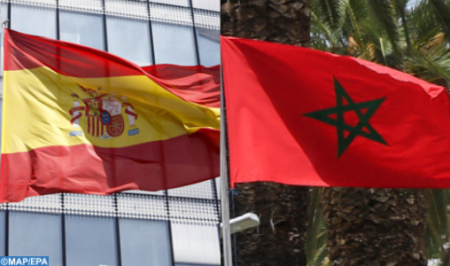 His Majesty King Mohammed VI has played a primordial and decisive role in the denouement of relations with Spain, said the academic and researcher, El Abbas El Ouardi. Invited to the program “Dayf Al Massae” on M24, the continuous news channel of MAP, El Ouardi said that the positive development of Moroccan-Spanish relations is a realization of the firmness of the Kingdom’s positions on its causes and its diplomatic doctrine, built on trust and credibility. HM the King had called for building a new Moroccan-Spanish relationship, based on transparency and permanent communication, mutual respect and agreements signed by both parties, he recalled, adding that the new position of the Spanish government on the Moroccan Sahara is an important support to the first national cause. El Ouardi noted, moreover, that in order to build solid relations, the Kingdom’s positions have always been characterized by clarity and balance, especially in the current international situation, noting that Morocco and Spain are neighbors, united by their geographical location and their geopolitical, economic and security interests. The telephone conversation between HM the King and the President of the Spanish government, Pedro Sanchez, was an opportunity to review the historical ties of the bilateral economic, political and security partnership and the need to strengthen them to serve the aspirations of both peoples, said the researcher. The new position of the Spanish government in favor of the Moroccan autonomy initiative is in addition to the clear and explicit positions of some international powers, such as the United States and Germany, he added, stressing that Morocco has achieved qualitative progress in the defense of its territorial integrity, thanks to its influential foreign policy and balanced diplomacy.