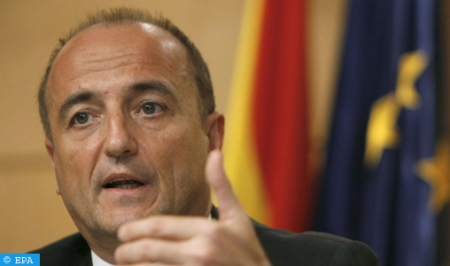 Former Spanish Minister of Industry, Tourism and Trade, Miguel Sebastian, welcomed the revitalization of relations between his country and Morocco, noting that the Kingdom is a “strategic” country for Spain and Europe. “Morocco is a strategic and important country for us and for all European countries,” Sebastian told MAP on the eve of the visit of the President of the Spanish Government, Pedro Sanchez, to Morocco at the invitation of HM King Mohammed VI. “Spain and Morocco share important interests in various fields,” he pointed out, highlighting the complementarity between the two countries and the mutual benefit of the development of bilateral relations. “Morocco is our door to the African continent and Spain is Morocco’s gateway to Europe, hence the need to take advantage of this geostrategic location to move forward in economic partnership and trade”, underlined the former Spanish minister. Mr. Sanchez’s visit to Morocco will pave the way for a renewed and beneficial relationship for both parties, he added.