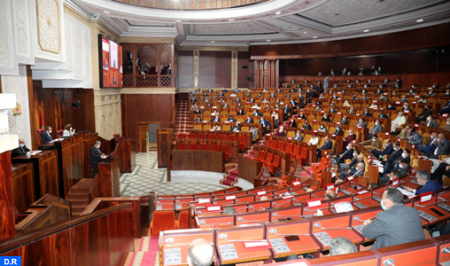 The House of Representatives approved unanimously and in second reading, Monday in plenary session, the bill No. 38.15 on the organization of the judiciary. Presenting the bill, Minister of Justice, Abdellatif Ouahbi, stressed that the text is part of the implementation of the strategy of the Ministry in the field of judicial reform, which is based on national and international benchmarks, primarily the High Royal Solicitude. The overhaul of the judicial organization was done according to a participatory approach involving all key players in the judicial system, to develop an integrated project framing the operation of the Kingdom’s courts and regulating the relationship between the various stakeholders in the sector, notably the Supreme Council of the Judiciary, the Ministry of Justice, the Presidency of the Public Prosecutor’s Office, judicial officials and judges, said the Minister. This text, he added, will provide stakeholders with legal mechanisms to ensure greater proximity to the litigants, improve judicial efficiency and meet the expectations of stakeholders in the sector, so as to consolidate confidence in an effective and fair justice as a guarantor of the rule of law, pillar of judicial security and good governance and catalyst for development.