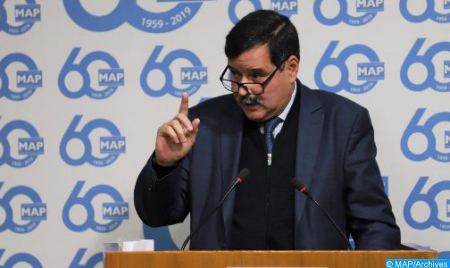 For sixty years, the Algerian regime has been suffering from an inferiority complex over Morocco, underlines journalist Talaâ Saoud Al-Atlassi. “In every daily issue, the Algerian media seek to promote the image of a country that ranks higher than Morocco worldwide, under the orders of the ruling military regime,” Al-Atlassi says in an op-ed published on Tuesday on Moroccan news outlet “Machahid 24” under the title “The Algerian Regime, a champion of mediocrity.” Obsessed with the cult of performance, Algeria’s media push the envelope even further by placing the country ahead of Morocco even when it comes to weather temperatures, he observes, citing as an example the happiness of the Algerian media about the country’s ranking as one of the hottest countries on the planet by international meteorological centers. “Morocco, which spared no effort to support the resistance of the National Liberation Front (FLN) in its fight for the independence of Algeria, will never stoop so low,” insists Saoud Al-Atlassi, adding that Morocco’s potentialities and specificities are known and recognized in history books. Nobody in the world can dispute the authenticity and the Moroccan label and the Kingdom’s gastronomy, the author says. That being said, the journalist notes that the current tepidness of Algeria’s foreign policy can be explained by the tremendous progress made by Morocco thanks to its autonomy proposal. Morocco’s diplomatic successes have also led the Algerian regime to avoid the Sahara issue and exclude it from the list of achievements and glories of the Algerian president and his regime, the author explains. In his opinion, “the blunders of Algerian diplomacy reflect the malfunctions of Algeria’s regime. “The Algerian regime has turned its hostility towards Morocco into a doctrine, not caring about the interests of the Algerian people,” he notes. “As this diplomatic hostility served no purpose, the Algerian political regime seeks to evade this failure by self-glorifying in an infantile reaction. This will not help it deal with the crises faced by its people and in foreign relations,” Saoud Al-Atlassi concludes.