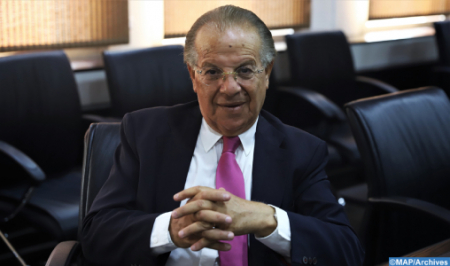 Through its geostrategic position, its maritime potential, and appropriate logistical facilities, Morocco can promote and further consolidate its influence in the region and the Atlantic African space, said political scientist Mustapha Sehimi. This is “an added value to a continental diplomacy redeployed by a royal vision of South-South cooperation and the Kingdom’s return to the bodies of its natural family, within the African Union (AU),” wrote Sehimi in an op-ed published by media outlet “Le360” on Monday under the title “Atlantic Morocco”. For Morocco, it is a real doctrine of its foreign policy that is on the agenda, noted the political scientist, explaining that this involves mobilizing a potential for cooperation among the African countries bordering the Atlantic and sharing a perspective, a vision, and an action program. In this regard, the expert recalled the holding on June 8 in Rabat, of the first ministerial meeting of African Atlantic States, with no less than 21 countries present and a high-level representation with fifteen Ministers of Foreign Affairs. Morocco has a strategic advantage with two maritime facades of 3,500 km, including 3,000 km for the Atlantic facade. During this meeting, the country emphasized the need to make Africa “an area of peace, stability and shared prosperity, according to Sehimi. Three recommendations are thus to be taken into consideration, namely to become a geopolitical space, have a strategic identity and act collectively to meet the multiple imperatives of security, sustainable development and prosperity, he added. The Declaration adopted at the end of this event has established three thematic groups in charge of political and security dialogue, the blue economy, maritime connectivity and energy, and finally sustainable development and the environment, Sehimi underlined The political scientist also noted that the permanent secretariat of the Conference, based in Rabat, will be reactivated and it was also decided that the second Conference would also be held in Morocco. “Promoting and consolidating the identity of the Afro-Atlantic countries and working towards a united voice in international forums are two fundamentals that must shape diplomatic action,” he insisted, stressing that this initiative does not intend to compete with other regional or inter-regional organizations. This initiative proposes to “activate an inclusive dynamic for a process of political governance of the common Atlantic space. Synergies are expected with the riparian countries of Latin America and North America,” he concluded.