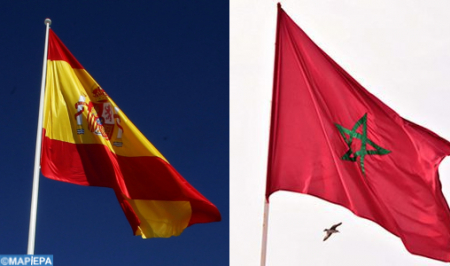 Thanks to a new diplomatic doctrine, driven by an innovative, clear and holistic Royal Vision, Morocco has been able to lay the groundwork for a renewed relationship with its partners, based on trust, mutual respect and ambition. With neighboring Spain, HM King Mohammed VI’s generous call to inaugurate a new stage in relations between the two countries has given new impetus to the bilateral partnership. A renewed course was then set, drawing on the principles of transparency, permanent dialogue, mutual respect and implementation of commitments and agreements signed between the two countries. Royal diplomacy, the keystone of the dynamic that characterizes today’s relations between Rabat and Madrid, has given more vigor to the position of the Kingdom, which has always been characterized by clarity and balance, especially in the current international situation. Thanks to the royal diplomatic vision, which is agile, balanced and forward-looking, Morocco and Spain, aware of the strategic importance of the ties that unite them and of the legitimate aspirations of their two peoples for peace, security and prosperity, are showing unfailing determination to overcome difficulties and build an exemplary, forward-looking relationship. Neighbors, united by their geographical location and their geopolitical, economic and security interests, Rabat and Madrid are now moving forward on the royal road. Responding jointly to current challenges, but also ensuring a prosperous future for both friendly peoples is the basis of the new stage inaugurated between Rabat and Madrid, the two neighbors who share a huge potential for development and who continue to work to give their cooperation a more supportive and complementary dimension, especially in times of difficulty. In this spirit, the two countries have been working together, since the visit of the President of the Spanish government, Pedro Sánchez, to Morocco last April, to materialize their sustainable and ambitious roadmap. The visit, carried out at the invitation of HM the King, was an important moment to consolidate this roadmap and define the priorities of the next High Level Meeting (HLM) to be held before the end of this year. The government is firmly committed to opening a new stage in relations between the two countries, with a clear and ambitious roadmap,” said Sánchez, assuring that for Spain, Morocco is “a neighbor and an indispensable strategic partner.” According to him, throughout history, the two countries have woven human ties, agreements and relationships that have forged common interests. To this end, both countries work on issues of common interest on the basis of transparency and trust. Specifically, Rabat and Madrid have been able to restore full normalization of the movement of people and goods by land and sea and resume Operation Marhaba, which was suspended for two years due to health constraints related to COVID-19. Similarly, the various bilateral working groups, including the one on migration, have been reactivated and have held regular meetings to make concrete progress. Aware of their role in the fight against illegal migration flows and the importance of their humanistic, comprehensive and balanced approach, Morocco and Spain have emphasized their coordination within the framework of the respective presidencies of the Rabat Process, for the period 2022-2023. In response to this accelerated dynamic, economic and trade cooperation between the two countries is intensifying. The same is true for cooperation in energy, which has reached unprecedented levels. The most eloquent example is the use of the gas infrastructure of Spanish operators and the Maghreb-Europe Gas Pipeline to transport to Morocco liquefied natural gas purchased on the international market. To crown this unprecedented process in bilateral relations, Morocco and Spain will begin exchanges on updating the 1991 Treaty of Good Neighborliness, Friendship and Cooperation, based on the principles, parameters and priorities that should guide their relations in the years ahead.