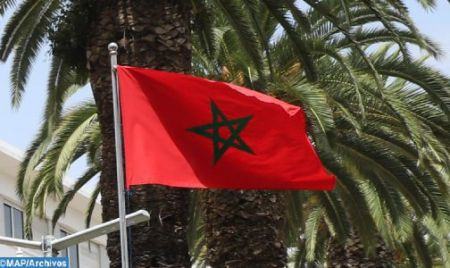 Italian experts hailed Sunday the “resolute” and “firm” speech on the Moroccan Sahara issue, delivered by His Majesty King Mohammed VI on the occasion of the 69th anniversary of the Revolution of the King and the People. The speech of the Sovereign embodies a “resolute vision of the Royal diplomacy” regarding the Moroccan Sahara issue, which is the lens whereby the Kingdom measures its international environment, Italian geopolitical analyst Domenico Letizia told MAP. While war rages in many corners of the world, Morocco is a “positive and successful example” to be followed by the international community in terms of governance and management of conflicts and geopolitical tensions, the researcher noted. “The Kingdom has always chosen dialogue, international law, respect for human rights and jurisprudence within the framework of UN institutions to resolve the artificial conflict over the Moroccan Sahara,” he said. The diplomatic breakthroughs that the country has achieved in recent years, mentioned in the speech of HM the King are “the result of the unfailing commitment of the Sovereign, His farsighted diplomacy and the credibility of the autonomy plan presented by Morocco,” the analyst stressed. Echoing him, Italian international relations expert Marco Baratto said that the Kingdom is pursuing a diplomatic line that is both “soft and firm”, stressing that all European countries must take a “clear position in favor of Morocco,” a “stable, clear and reliable” partner. Baratto referred, in this sense, to the recognition by the United States of the Moroccanness of the Sahara as well as the clear position of Spain, Germany, the Netherlands and several Arab countries, member states of the Gulf Cooperation Council, Africa, Latin America and the Caribbean, in addition to the opening of more than 40 consulates in Laayoune and Dakhla.