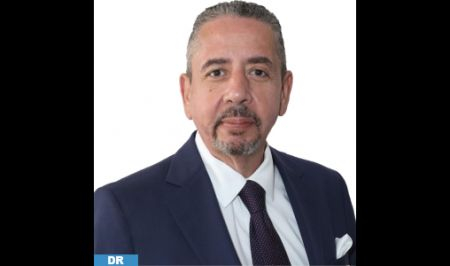 The reception of the separatists’ leader in Tunis is part of a “deal” between Tunisia and Algeria, said Tuesday US journalist, Ahmed Fethi, stressing that the actions of Kais Saied’s Tunisia are “perplexing” especially since the country does not recognize the “polisario”. Speaking on Voice of America (VOA), the state-owned international radio broadcaster of the United States of America, Fethi noted that the Tunisian head of state is facing “enormous pressure” domestically. Last month, Kais Saied met with his Algerian counterpart Abdelmadjid Tebboune, knowing that Algeria is the “main provider” of Tunisia’s in energy. “We think that there is a deal or pressures exercised by Algeria in that issue,” said the US journalist, who is also a resident UN correspondent. He also noted that it was agreed from the outset and with the agreement of Tunisia, that only those countries that have received an invitation co-signed by the Japanese Prime Minister and the Tunisian President will be able to take part in the 8th Tokyo International Conference on African Development (TICAD-8). An official note verbale issued by Japan, on August 19, 2022, explicitly emphasizes that this co-signed invitation is “the only and genuine invitation without which no delegation will be allowed to participate in the TICAD-8,” he recalled. “This invitation is not intended for the entity mentioned in the note verbale of August 10, 2022,” i.e. the separatist entity, Fethi added. Recalling the “cardinal and vital” place of the Sahara issue, for all Moroccans, the UN correspondent focused on the latest speech of HM King Mohammed VI on the occasion of the 69th anniversary of the Revolution of the King and the People, in which the Sovereign stressed that the Sahara issue is the lens through which Morocco looks at the world and a benchmark whereby it measures the sincerity of friendships and the efficiency of partnerships. Fethi also noted that very few countries recognize the puppet entity, while within the African Union, more than half of the members support the sovereignty and territorial integrity of Morocco or its autonomy plan for the southern provinces. He also recalled the position expressed recently by the U.S. Secretary of State, Antony Blinken, describing the Moroccan autonomy plan as serious, credible and realistic. In an article published on “www.amerinews.tv”, Fethi noted said that the Tunisian action comes after Spain has supported the autonomy plan like the United States, Germany, Netherlands, Portugal, Serbia, Hungary, Cyprus, Romania, in addition to tens of countries have opened Consulates in Laayoune and Dakhla. The journalist also recalled that in 2020, the United States recognized the full sovereignty of Morocco over its southern provinces, a position repeatedly confirmed by the current U.S. administration. He also recalled the two statements of the Ministry of Foreign Affairs, African Cooperation and Moroccans abroad about the “provocative” behavior of the Tunisian president.