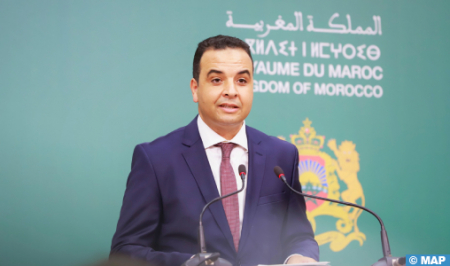 Government Spokesperson Mustapha Baitas on Thursday said that the Executive is “homogeneous”, works in a “collective and federative spirit” and “pursues a good trajectory.” “The only concern of the government, given the impact of the international context on economic and social plans, is to implement its program and meet the aspirations of Moroccans,” said Baitas, during a press briefing after the weekly meeting of the Governing Council. The minister assured that the government is also keeping an eye on fluctuations at the national level, including the scarcity of rainfall, the scarcity of water resources and rising prices of energy products. In response to a question about a possible cabinet reshuffle, Baitas noted that this measure requires the articulation of two prerequisites: the first, political, involves a debate within the majority, while the second relates to the constitutional provisions on measures and procedures for appointment.