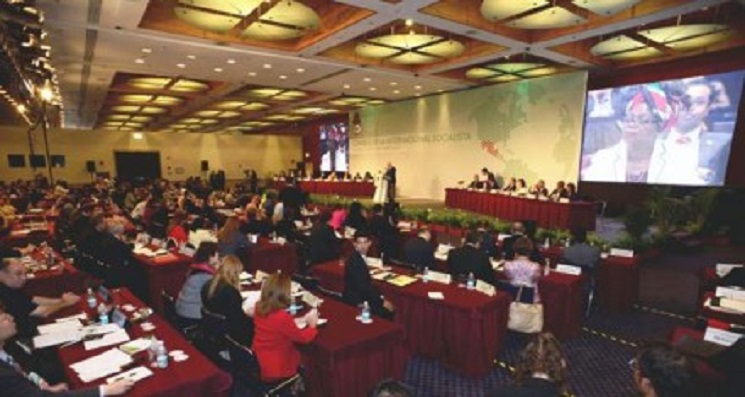 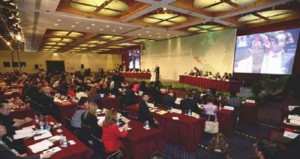 The Polisario was dealt a blow last Saturday in Geneva when the Council of the Socialist International (SI) rejected its membership application.

The Polisario delegates were seemingly ill-advised by their Algerian mentors and knocked at the wrong door, mistaking the Socialist International for one of these African organizations easily subdued by Algerian petro-dollars.

The membership rejection took place during the SI Council meeting held December 12 and 13 at the UN headquarters in Geneva, under the theme  “international peace and security: settling conflicts, stopping terrorism.”

The separatist front handed its membership application to the SI, being sure that it would be accepted but it was without counting on the vigilance of the Ethics Committee members who avoided falling into the trap set by the Polisario and its Algerian mentors.

Moreover, the SI refused, as it did during its 2013 meeting in Mexico City, to refer in its resolutions to the Western Sahara territorial dispute opposing, for four decades, Morocco and Algeria through the Polisario.

The merit of the SI stand goes to the members of the delegation of the Moroccan Socialist Party, the USFP, who succeeded, through their fruitful contacts in Geneva, to foil the Polisario manoeuvers.

The rejection of the Polisario application by the SI coincided with new revelations on the separatist Front’s collusion with Al Qaeda in the Islamic Maghreb (AQIM) and other terrorist groups swarming in the Sahel Sahara region.

Actually, a member of the Polisario was one of the four jihadists released last week by Mali in exchange for the liberation of French hostage, Serge Lazarevic, who had been held by AQIM in northern Mali for three years.

The Polisario member, Habib Ould Mahouloud, had been captured by the Malian army for terrorist activities in the north of the West African country.

The information fell like a bombshell on the head of the Polisario leaders and the generals of the Algerian military intelligence services because it is a new overwhelming evidence of the Polisario’s connivance with the offshoots of Al Qaeda terrorist network (AQIM, MNLA, MUJAO, Ansar Dine) operating in the Sahel strip.

The Socialist International has thus avoided falling in the trap of a terrorism-related movement, thanks to the wisdom of its Ethics Committee members who are familiar with the thorny issue of the Western Sahara conflict and who know the reasons behind the creation of the movement seeking the independence of the disputed territory.