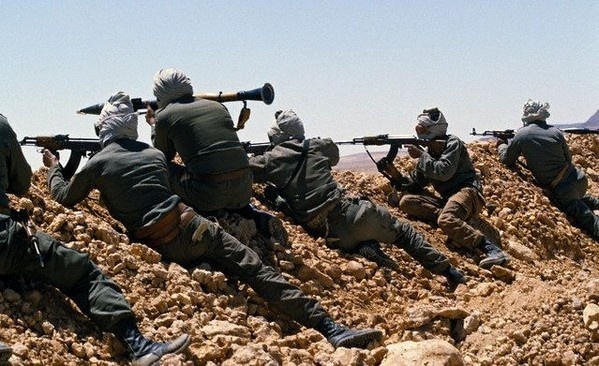 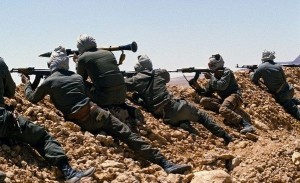 The Polisario Front seeks to increase pressure on the UN and the international community, but this time instead of waving the human rights issue it threatens to resort to arms again in its struggle for the independence of Western Sahara.

The Polisario leader, Mohamed Abdelaziz, encouraged by the Algerian regime and its powerful military oligarchy, ordered, last Monday, the holding of military maneuvers, the second in a month, in the area called “liberated” Tifariti. His “defense minister,” Mohamed Bouhali, seized the opportunity to launch a wide compulsory recruitment campaign of Sahrawi youths. The new recruits are indoctrinated and trained by the Cuban instructors present in the Tindouf camps before being integrated in the Polisario’s militiamen.

According to a military expert close to NATO, the Algeria-backed Polisario seeks, through this new tactic, to be killing two or more birds with one stone.

Firstly, the Polisario leaders think that these military exercises would help defuse tensions in the Tindouf camps. The camps have become over the past few months the scene of successive protests fueled by unusually high unemployment rates and a drastic fall of international food aid.

Secondly, the separatist front leaders and their Algerian mentors realized that the issue of alleged violations of human rights in Western Sahara that they used to destabilize and discredit their Moroccan opponent has not reached the results they were expecting, said the Brussels-based expert.

Thirdly, Algerian authorities and their Polisario puppets suspect that Morocco, which has the unconditional support of two permanent members of the UN Security Council (U.S.A. and France) in addition to Spain, is reportedly preparing a surprise for 2015. This surprise is likely to foil all the Polisario’s maneuvers to gain support for their independence theses.

For the military expert, the Polisario’s threat to resort to armed struggle will not be materialized, because in the current circumstances, the Algerian government will never take the risk and give the green light to an armed conflict with Morocco, as such a conflict will de facto involve Algeria which is hosting the Polisario headquarters on its territory.