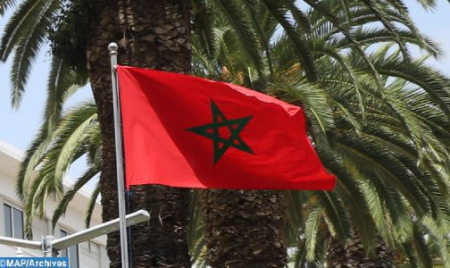 The reception of the “polisario” separatists’ leader by Tunisian president Kaïs Saïed deeply affects the close relations between the Kingdom of Morocco and the Tunisian people, said Director General of the Center for Strategic Consultations “The third way”, Omar Al-Radad. In a statement to MAP, Al-Radad said that “what president Kaïs Saïed did by receiving the polisario leader in a forum supposed to be outside the calculations of regional rivalries between North African countries, affects in depth the close relations between the Kingdom of Morocco and the Tunisian people, which have taken root over the years.” He added that the position of the Tunisian president is in strong contradiction with the supposed position of the Tunisian government and leadership, which is at least neutrality on this issue, although neutrality is not required in light of an African and international position, having recognized what has been agreed upon regarding autonomy in the southern provinces of the Kingdom. “Tunisia, which is now in a very worrying political, economic and social situation, and which has clear political differences, the latest of which is on the new constitution announced by president Kaïs Saïed, does not need at this stage to provoke disputes with a state in the region of the weight of the Kingdom of Morocco, with which relations were supposed to be good,” he added. The Jordanian expert in strategic political and security analysis considered that president Kaïs Saïed, given the general content of his policy and ideology, was supposed to be closer to the Kingdom of Morocco and not to take such a stance.