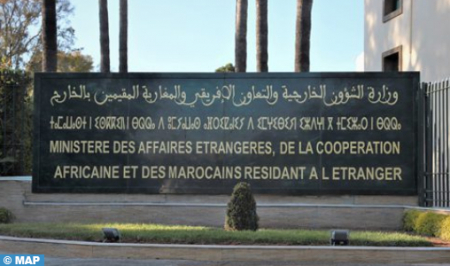 Morocco has been elected to the Community of Democracies’ (CoD) Executive Committee for 2022-2024, said a statement from the Ministry of Foreign Affairs, African Cooperation and Moroccans Abroad, released on Thursday. This confirms the Kingdom’s democratic choices and its constant and irreversible commitment to promoting and protecting freedoms, strengthening democratic institutions and broadening political participation, the statement said. This election goes in line with Morocco’s active and responsible role and its substantial and multi-faceted contributions to the CoD, in a constructive and cooperative spirit, since its accession in 2006, the statement said. The same source further notes that through this election, CoD’s 27 member countries testify the Kingdom’s voluntary commitment, under the leadership of HM the King, in favor of strengthening democracy. This commitment is reflected, at the national level, by a process of reforms and innovative initiatives aimed at consolidating democracy and modernizing society in accordance with the universal values of equality, pluralism and moderation. The Kingdom of Morocco, after having been a member of the CoD’s Board of Directors, will now sit on the Executive Committee alongside Canada, Poland, South Korea, Romania and the United States, says the ministry. Morocco, one of CoD’s oldest members and its only MENA country, will remain committed to promoting democracy and actively supporting adherence to common democratic values, human rights, and the rule of law, as set out in the Warsaw Declaration, the statement concluded.